Saint Lucia's seventh annual North American Showcase, held at the Royalton St. Lucia, hosted some 20 buyers from Canada and the U.S. as they met with representatives of the destination's hotels and resorts, destination management companies and other services. 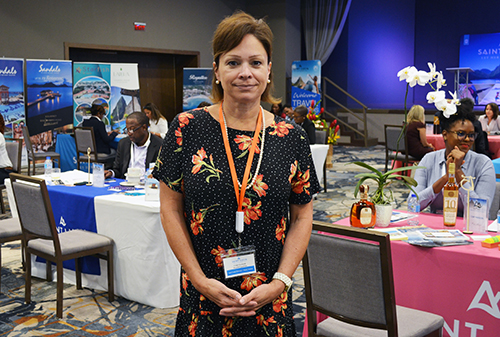 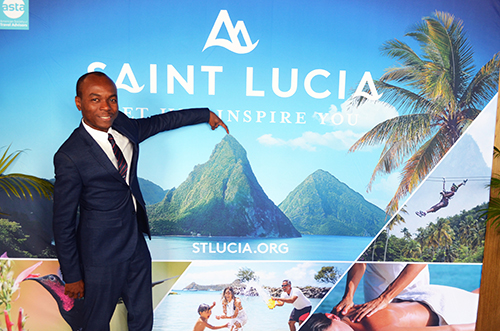 Pointin' to a Piton – Saint Lucia's Minister for Tourism, Information and Broadcasting,
Dominic Fedee, highlights one of the island's most defining features.


In his opening address, Dominic Fedee, the Minister for Tourism, Information and Broadcasting, recognized the importance of the North American market in Saint Lucia, pointing out that of the almost 400,000 visitors to the destination last year, Canadians made up 40,000 and the U.S. accounted for 185,000. 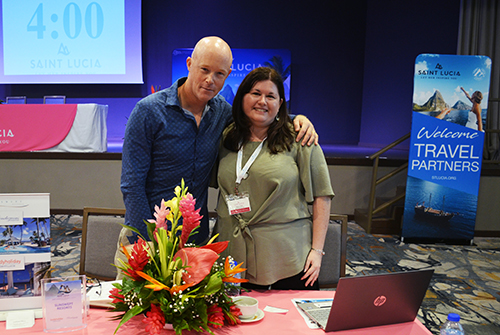 "Those sheer numbers suggest that the significance of North America is irreplaceable to the economic advancement and to the development of tourism in Saint Lucia," he said.

The Minister further highlighted the ways that Saint Lucia is working to improve its product offerings, including the US$175 million expansion currently underway at UVF, the construction of a cruise port in the south and plans to improve the island's road network.

The tradeshow gave Open Jaw a unique opportunity to speak with Minister Fedee as well as Beverly Nicholson-Doty, the new CEO of the Saint Lucia Tourism Authority, about the island's tourism offering and its plan to attract Canadian tourists. 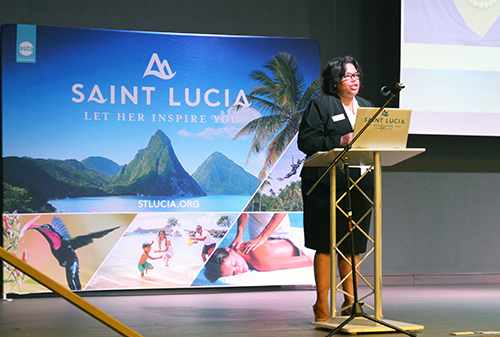 Beverly Nicholson-Doty recently began a new role as the CEO of the
Saint Lucia Tourism Authority.

We also learned some interesting tidbits about some of the hotels and resorts in Saint Lucia, with particularities like a 5kg-burger-eating challenge, a champagne zipline, and DNA testing for a wellness-focused retreat. 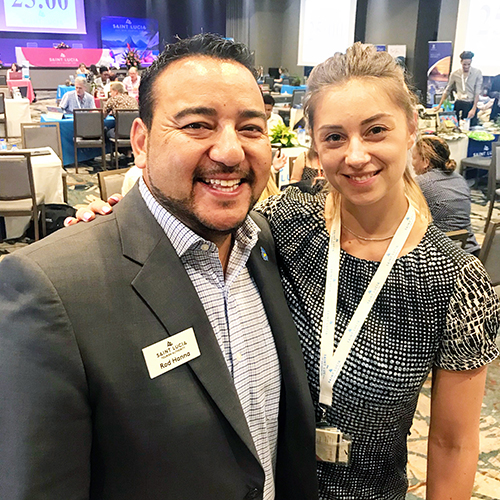