KLM celebrates its 100th birthday, Open Jaw emeritus and ex-KLM employee Suzanne Christie is on hand for the festivities in Amsterdam. Here is her initial report...more to come. 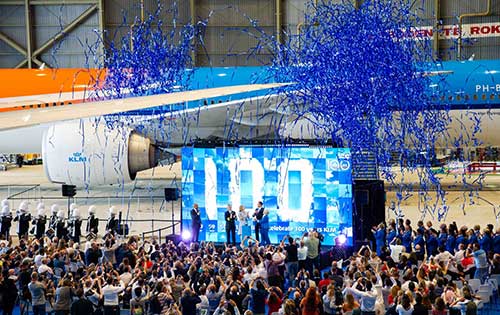 On 7OCT, 1919 a small group of Dutch businessmen decided that The Netherlands needed to connect with the rest of the world with the latest technology -- flight.

Together they pooled investment money and formed an airline. It was formally designated KLM -- Konigligke Luchtvaart Maatschapje -- about a month later by Queen Willhelmina and has remained so ever since.

KLM and NW initiated the first-ever open skies agreement between The Netherlands and the U.S., leading eventually to today's structure with AF and its own Joint Venture with DL and the Sky Team Alliance.

Today, KLM's focus on sustainability while growing its network is industry leading.

Happy 100th KLM and many more to come! 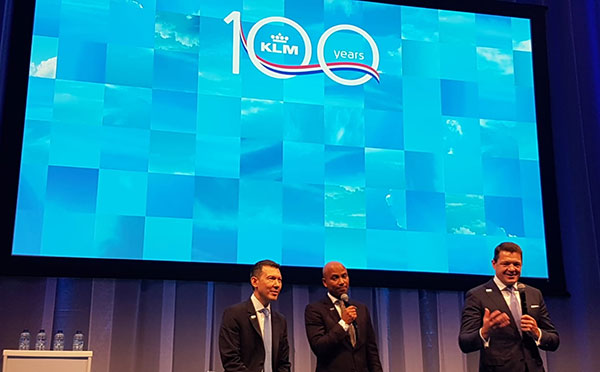