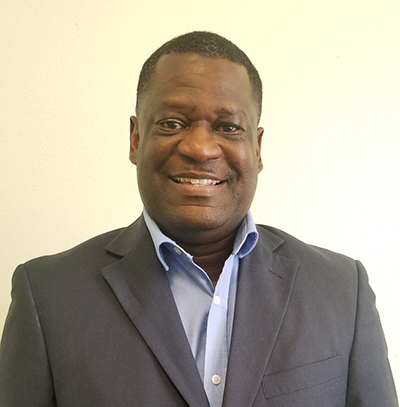 A veteran sales and marketing professional with over 23 years’ experience in the tourism and hospitality sector, Johnson brings a wealth of knowledge in public relations, event planning, marketing, and advertising to his new post.

Grand Bahama’s gain is Canada’s loss, as the well-known Johnson leaves his post here as Senior Manager for Business Development for the Bahamas Ministry of Tourism.

Since 1986, Johnson has served the Ministry in various capacities in Grand Bahama, New York and Canada.

He progressed from tourist information assistant in Grand Bahama to administering the government’s tourism training program, BahamaHost. He later transferred to Canada where he quickly rose through the ranks of sales representative, district manager, regional manager and senior regional manager.

During this period, he worked on several marketing plans to increase The Bahamas’ stopover arrivals from major areas, such as Ontario, Quebec, Alberta, and British Columbia.

While in New York, Johnson served at The Bahamas Tourist Office as Senior Regional Manager with responsibility for sales and marketing in the northeast.

Johnson says the opportunity to head up the local tourist office is a huge honour. He acknowledged that his return to Grand Bahama comes during a time of great devastation and loss, but said he is optimistic the island will rebound and is eager to jumpstart that process.

“My dream has been to return to Grand Bahama in a leadership role to improve the tourism business and to work along with colleagues, stakeholders and various levels of government to put Grand Bahama back on track,” he said.

“I believe that Grand Bahama will rise again and I’m committed to richly convincing others, through winning strategies, that ‘It’s better in The Bahamas.’"