Pink Shirt Day: Swoop To Donate Up To $20,000 To Anti-Bullying Initiatives 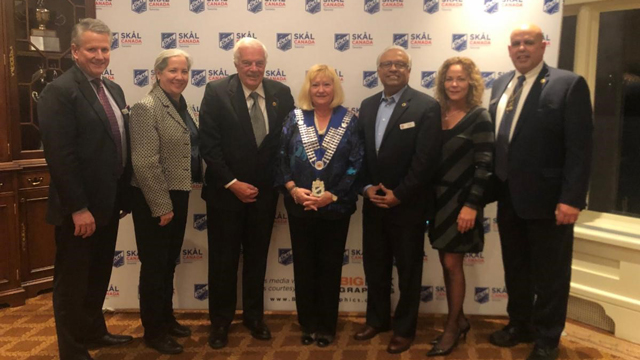 Skal Toronto Club selected the association's new board for 2020 at its annual general meeting on 11FEB, held at the Lambton Golf and Country Club

Susan Webb holds the role of President of the club for the second year.

Past president and webmaster is Fred Azouz. Mike Hannah is executive treasurer and Rose Bilak is the club’s executive secretary.

For 2020, The Skal Toronto Club will be focusing on increasing membership, creating value for their members and planning effective, fun networking events. Speakers will be planned for most meetings. A membership incentive program (MIP) was also launched, giving members financial incentives for introducing new member to the Skal Club.

President Susan Webb recognized Kimberly Hartley as the Skal Toronto Club member of the year for her passion and continued support to the club, as well as her management of the successful Skal Toronto golf tournament co-hosted by Skal Toronto North.

The organization, founded in 1934, is the largest organization of professional travel and tourism leaders around the world, promoting global tourism and friendship.

To become a Skal Toronto member visit www.torontoskal.org. Membership is exclusively for senior management of tourism, hospitality and travel companies. The Young Skal program is ideal for young professionals in the tourism hospitality industry.

The next meeting will be held at the Old Mill on 24MAR, and a joint meeting with Skal Hamilton Niagara and Skal Toronto North is planned at the Mississauga Golf Club on 21APR. Lunch is also confirmed at the Boulevard Club on 26MAY and a Golf tournament is being finalized for AUG.