Sunwing Plans For Brighter Days Ahead After Welcoming First Customers Back 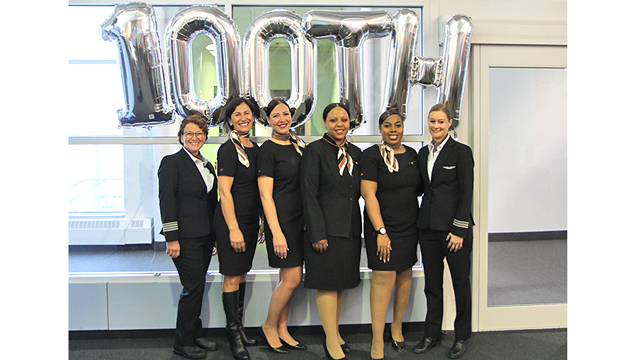 In celebration of International Women’s Day on 8MAR, Sunwing Airlines flight WG438 took off from YYZ to PUJ helmed by an all-female flight and cabin crew – the 100th all-female-operator flight in its history.

Monday, 2MAR also marks the start of Women of Aviation week, which aims to address the gender imbalance in the aviation industry. Sunwing says its 100th all-female-operated flight also marks their commitment to this cause and celebration of their female aviation professionals.

“It’s such an honour to be part of the 100th all-female-operated flight by Sunwing. It wasn’t long ago that women were limited to very few roles in the aviation industry; however, today, women are involved in every part of the industry," said Captain Vicky Marks from Sunwing’s Quebec City base, who piloted flight WG438.

"I’m proud to be a female pilot, and I hope this monumental flight and the increased opportunities for women in this field, inspires more women to pursue careers in the aviation industry.”

According to Vice President of Flight Operations for Sunwing Airlines, Piyush Gandhi, the number of female pilots at Sunwing increased by 160% over the last five years.

"While that number is a great accomplishment, we’re hoping this trend only continues to grow in the future across all areas," said Gandhi.