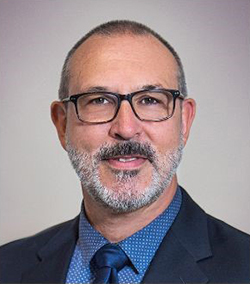 In his new role, Bacon will report to Atlas Ocean Voyages’ Vice President of Sales and Trade Partnerships Brandon Townsley.

A veteran industry executive, Bacon, who now lives in Los Angeles, most recently worked as a BDM with Hurtigruten for four years.

Before joining Atlas Ocean Voyages, he held sales posts with Rail Europe Group in Toronto and Merit Travel Group in his hometown of Montreal. Prior to that, he was Branch Manager at Travelchoice and Algonquin Travel in Ottawa, Ontario.

Bacon is one of six new sales directors at Atlas Ocean Voyages. The cruise line says the new appointments are in response to "the great, positive interest from the travel advisor community and the increasing recognition of Atlas’ distinctive luxe-adventure expeditions among travellers."

“When we opened Atlas in late 2018 in the U.S., it was three of us table-hopping in cafés and conference rooms. We have now grown into a proud team of nearly 40 and are the only cruise company in 2020 to order new ships – not one, but four – to join World Navigator before 2023," Atlas Ocean Voyages’ President Alberto Aliberti said about the progress of the brand.

"This year has been unprecedented, to say the least, and it’s important to thank our valued travel advisor partners and stakeholders, who believed in this new cruising concept and supported us every step of the way to help us reach this point. We look forward to bringing luxe-adventure journeys to the world and inaugurate the safe, clean and green World Navigator in July 2021.”