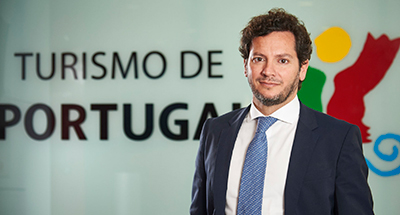 
The European Travel Commission (ETC) has elected Luís Araújo, CEO of Visit Portugal, as the new President. Araújo will continue his leadership role at Visit Portugal while also heading the ETC.

Araújo says he is “extremely proud to be able to lead the European organization on behalf of our country and Visit Portugal, especially at a time when European, and even global, tourism is facing one of the greatest, if not the greatest challenge ever.”

In his new role as ETC president, Araújo is responsible for leading European destinations’ joint efforts to rebuild the tourism sector in Europe in the aftermath of the COVID-19 crisis.

He says he seeks “to make tourism a more active voice within the European Union, through better coordination between the positions of the different member states in favour of tourism across the European space that allow a quick and sustainable recovery of the sector.”

Previously, Araújo was a Board Member at Portugal’s largest hotel group, Group Pestana, and served as Head of the Cabinet of the Portuguese Secretary of State for Tourism between 2005 and 2007.

Araújo takes over the ETC presidency from Peter De Wilde, CEO of VisitFlanders, who held the position for six years.

ETC was founded in 1948 and represents 33 national tourism organizations across Europe.