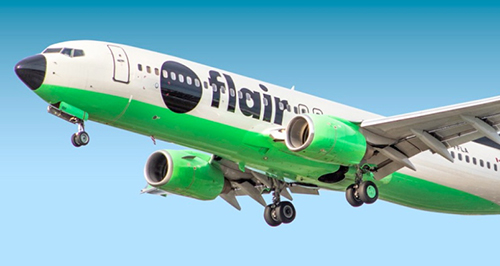 “I am thrilled to have been able to attract a world class talent such as Garth to join the Flair Airlines team," said Flair CEO, Stephen Jones.

“Garth’s experience at the forefront of the extremely competitive European ULCC market will ensure that we bring the best possible products and pricing to Canadian customers, which will underpin Flair Airlines’ rapid growth in this market.”

Lund was most recently the Head of Financial Planning and Controlling at Europe’s Wizz Air, with previous roles including Head of Pricing and Revenue Management and Head of Network Development.

As COO at Flair, Lund is responsible for all of the ULCC's commercial functions including network planning, pricing and revenue management, marketing, customer experience and communications.

“I am very excited to join Flair Airlines at the beginning of its growth journey,” Lund said. “I look forward to being a part of helping Flair Airlines reach its full potential.”