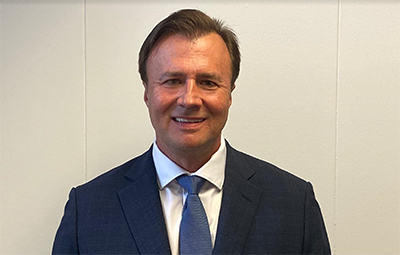 Effective 01JAN, 2021 Doyle will lead the development and certification of Canada Jetlines as a Canadian charter airline, operating the Airbus A320 family of aircraft.

“Captain Doyle is the right person to lead the Canada Jetlines launch, given his experience with over 11,000 hours in the cockpit and his extensive management experience with the national airline of Canada, and one of the most successful start-up airlines in Asia,” said Ed Wegel, chairman and CEO of GlobalX.

“This announcement represents a major milestone for GlobalX as we move forward with our plans to spin out Canada Jetlines.”

Doyle has more than 35 years of aviation experience, first as a Canadian Air Force officer and later in a long career with Air Canada, culminating in his position as VP of flight operations directly responsible to Transport Canada and overseeing more than 3,000 pilots and dispatchers. After retirement from Air Canada, he served as Deputy CEO and board member of Bamboo Airways.

According to Doyle, Canada Jetlines is looking to serve sun markets once it launches.

“I am very excited to lead this effort to bring Canada Jetlines into the air with the support of GlobalX. The time is right for a new alternative for vacationing Canadians as we look at initially serving South Florida, the Caribbean, and Mexican markets,” said Doyle.

As Open Jaw reported, U.S.-based charter airline GlobalX and Canada Jetlines agreed to a merger last year, with shareholders overwhelmingly voting in support of the business combination in JUN 2020. The completion of the transaction is still pending.

Canada Jetlines has struggled to take off for years. Most recently, it planned to launch ultra-low fare service from YHM and YKF in summer 2018, but those plans kept getting pushed back as it faced difficulties securing funds. Its previous attempt at a launch was in JUN 2019, when it vowed to take off in DEC 2019, but was unsuccessful.