Agents Give Thumbs Up To NCLH’s Value-Add Pricing Approach 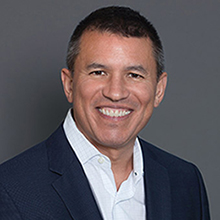 When checking in with agents to discuss pricing issues of late, Cruise Week learned that the advent of free air offered by Norwegian Cruise Line in the past month "has stolen the stage," to use the words of one veteran travel advisor.

Many agents report that they like it because it's driving more business and higher commissions, in the same sense that value-add onboard helps their business.

The program is widespread across several markets including Alaska, Hawaii, and the Caribbean. It's even good for NCL's newest ship, Norwegian Bliss, through the first quarter (except for a few blackout dates on that new-build).

"We've been very focused on a value story for the brand, really since 2015," says Stuart. "We believe it is strongly resonating with travel agents and with consumers and that it's flowing through to the results that we have been recording over the last three years."

Free air, continues Stuart, is "the next iteration" of the strategy to add more value and to present a more inclusive proposition to consumers through travel agents. "It's early days, it's relatively new, but so far we're happy with the response that we've received from both travel agents and consumers," says Stuart.

He emphasizes that travel agency commissions are up substantially at NCL since the brand launched the focus on value-add: "We expect to have further impact with free air. We think this is a big opportunity as far as travel agents are concerned."

He also explains that since the free air is offered for numerous significant markets -- not a single low-performing destination -- it doesn't connote weakness for a particular market. It's a strategic move for growth.

"So I don't say Free Air goes forever," says Stuart. "I don't say it has the same longevity or breadth as Free-at-Sea. But we've certainly invested a lot in launching it and spreading it across a very wide range of destinations."

Not only have Free-at-Sea promotions for NCL worked well, but NCLH CEO Del Rio said the strategy to make Regent Seven Seas the "most all-inclusive brand in the universe" is working well too.

"If that doesn't work, spend more marketing dollars on top of giving them more free stuff. Never, ever, ever, discount unless you absolutely have to."

The inclusive nature of promotions and the way Regent, Oceania, and NCL go to market are resulting in ticket prices higher than any other brand's, said Del Rio, adding that this goes against the grain.

"Cruise lines typically don't follow our strategy, and I'm so thankful for that…but it's imperative that we [NCLH and travel agents] both do a good job of communicating this strategy, the value proposition, to your customers. It is essential to our business plan.

"Market-to-fill versus pricing-to-fill is what has differentiated Norwegian Cruise Line Holdings and its three brands in the marketplace. We simply prefer to spend more marketing dollars than to reduce prices.”