Celebrity Edge: Of All The Ships In All The World 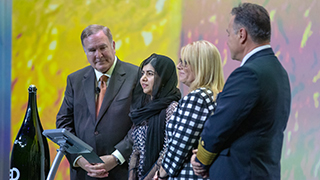 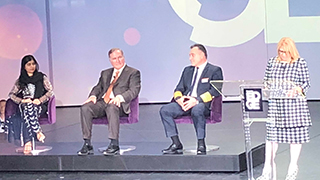 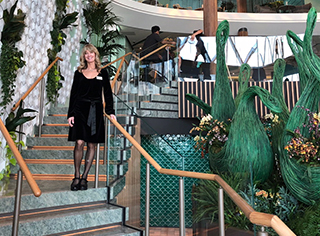 Strategic Sales and Market Manager, Brenda Yeomans at Eden, three stories of windows that look out to the ocean, with two areas of al fresco seating designed to indulge all the senses. 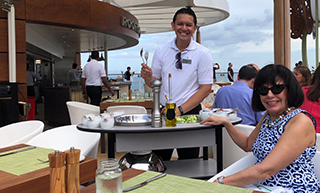 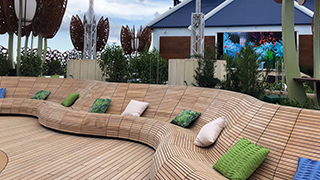 Of all the ships in all the world, she had to be on this one. Celebrity’s vision of championing women’s rights, driven in large part by President Lisa Lutoff Perlo, led to a singular choice of Godmother for the ground-breaking new Celebrity Edge: Nobel Prize winner and activist for female education Malala Yousafzai.

For Celebrity, it had to be her. The line went so far as to create a special video of female crew members asking Malala to “Say yes!” Probably to their own surprise, she did. And last year, Celebrity announced a two-year partnership with the Malala Fund, which has the mission to secure safe education for all girls.

"Partnering with Malala Fund was a natural fit,” said Lutoff Perlo. “We believe in opportunities for all, especially as our crew onboard represent more than 50 different cultures -- and amazing stories of achievement, education and economic advancement."

The ship’s crew is 30% female, which is 50% more than any other cruise ship. To this female, it’s not enough, but it’s a start.

It was an honour to see Malala sitting on the stage and to reflect on the courage of one young girl and the impact it can have on the world.

One cruise ship can’t save the world, but this one exhibits a forward-thinking company which is making its mark. From its fuel efficiency to a spa dedicated to wellbeing to the inspiring artwork, Celebrity Edge is onto something.

Beyond the lofty goals is a remarkably beautiful ship. From the moment I boarded, I felt welcomed. I keep asking myself how that kind of ambiance is created. Perhaps it’s the colours which flow from one area to the next inviting you to explore. Or the peaceful music floating through the Zen-like garden rooftop restaurant.

There is a new wow around every corner. And for this sometimes reluctant cruiser to say that, it must be pretty impressive.

I’ve only been on the ship a few hours, but the sense is of an adult, contemporary, space with very attentive service and great food. In a word, it’s classy. And should be an easy sell for anyone looking to experience a ‘smooth operator’ cruise.