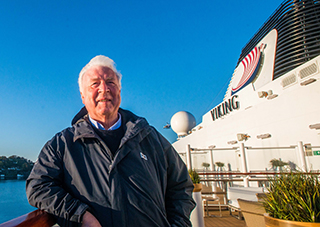 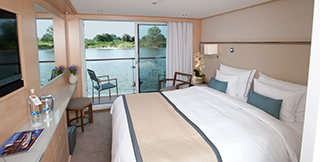 Viking today announced the addition of two new itineraries and a variety of new pre- and post-cruise extensions to its river cruise offerings for 2019.

Debuting in March 2019, the new 10-day Holland & Belgium itinerary will sail between Amsterdam and Antwerp, allowing guests to explore the inland waterways of the Low Countries and visit new ports of call for Viking: Rotterdam, Maastricht and Nijmegen.

Also, in commemoration of World War II and D-Day, Viking will offer a new 11-day cruisetour, Paris & D-Day 75th Anniversary, with two special departures that coincide with the 6JUN, 2019 anniversary. On this historic journey, guests will travel from London to the maritime city of Portsmouth before boarding their ship in Paris and sailing through Normandy, where they will visit and honour D-Day landing sites.

“As we begin this new year, one thing is certain – river cruising remains one of the fastest growing segments of the travel industry. And it is no surprise that experienced travellers love river cruising. There is simply no better method of travel in the heart of Europe – sailing from iconic cities past castle-dotted landscapes into storybook villages, all in the comfort of a modern, Scandinavian-designed Longship,” said Torstein Hagen, Chairman of Viking.  “

With more guests looking to extend their destination-focused travel experience beyond the core cruise itinerary, Viking has also continued to add to the slate of pre- and post-cruise extensions for new and popular river itineraries. These fully escorted offerings include:

Today’s announcement comes as Viking prepares to launch seven new river ships on European waterways in 2019. The new ships include six ‘Viking Longships,’ which will sail the company’s most popular itineraries on the Rhine, Main and Danube Rivers, and one additional vessel, specifically designed to sail Portugal’s Douro River.