What Impact Will Viking Sky Have On Cruise Business? 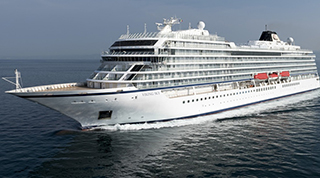 With Wave Season over, the next business challenge is the impact of Viking Sky on the cruise business in the upcoming month. "I don’t think this will be good for the industry," is one common refrain Cruise Week heard from retailers.

No surprise there, but how bad will the impact be? At this point, U.S. media coverage seems blessedly short-lived (thank you, Mr. Mueller). Another reason this apparently isn't dragging on day after day is because the situation itself was short-lived and, unlike hurricanes, came out of nowhere.

So while there will definitely be follow-up consumer media dissecting the incident and Viking's decisions, it won't be page one.

In Norway, of course, this continues as big news, with media already questioning why the captain sailed into a forecasted storm while lines like Hurtigruten went to port instead. Norway's Accident Investigations Board is investigating the incident.

The U.K. media is also playing up the aspect of the captain sailing into a ‘bomb cyclone,’ though Brexit is still page one.

From the financial community, Gregory Badishkanian of Citi writes, "We are not seeing any impact on either bookings or pricing from North American- or UK-sourced business from the Viking cruise incident...Given the competing headlines in the media (Mueller report), we may not see legs to the Viking story."

While the images were bad, they weren't 24/7 bad. This all occurred in a remote place, far away from the harsh media spotlight that a serious cruise problem occurring off, say, Miami would suffer.

Badishkanian also provided some early figures: "Over the last three days, we've seen North American-sourced bookings up 7-10%, with pricing up low-  to mid- single digits --so no apparent impact from the Viking incident this weekend."