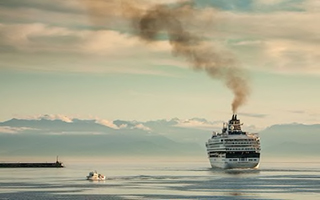 At Seatrade earlier this month, Cruise Week listened as a leading cruise exec discussed with pride how the cruise industry, unlike the cargo industry, is going above and beyond new regulatory standards for greenhouse gas emissions for 2030.

But the following morning, a federal judge in Florida lashed out at Carnival Corp. for alleged environmental abuses, threatening to temporarily block the cruise giant’s ships from docking in the U.S.

Right or wrong, the industry rumor is that the increased pressure on Carnival Corp. is so the probation compliance monitor can gain more oversight powers. There's also discussion Carnival Corp. has been less than transparent.

That said, no industry official Cruise Week spoke to expected Carnival ships would actually be prevented from temporarily docking in the U.S.

Mainstream media coverage of the event was fairly minimal, especially compared to its coverage of other recent cruise events, such as the power outage on Viking Sky.

However, one small but loud environmental group is taking action. News releases were sent out by a group called Stand.Earth, which announced plans to disrupt Carnival's annual general meeting in London on Tuesday.

This isn't the first time we've heard from Stand.Earth. Back in November, cruise execs were loudly interrupted by the fringe group during the CruiseWorld conference in Ft. Lauderdale.

This Tuesday in London, Carnival Corp's AGM meeting went on inside the Mandarin Oriental Hotel while outside a handful of Stand.earth members protested wearing gas masks.