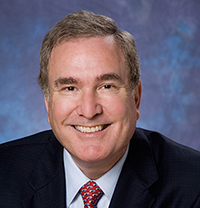 Royal Caribbean Cruises Ltd. reported record first-quarter earnings yesterday and the higher revenues were accompanied by a record-high "commissions, transportation and other."

RCL paid out US$291 million in commission for the first quarter of last year. In this year’s Q1 the number soared to US$363 million -- an increase of 25%.

For the first quarter, which encompasses Wave Season, net yields increased by a whopping 9.3%. For the year RCL is now forecasting an increase in net yields between 4% and 5.5%, an increase from the 3% to 5% previously forecast.

Chairman/CEO Richard Fain cited the continued strength of all company brands. "It has been a great first quarter and we're on our way to another great year," said Fain during the earnings call.

In terms of product changes, he specifically cited Coco Cay which officially opens this weekend as "a game changer for the industry."