AmaWaterways Is On A Roll & Considering A Second Double-Wide Ship 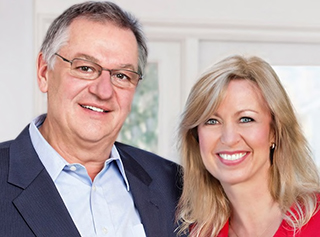 At a press conference aboard the newly launched AmaMora, President Rudi Schreiner was in fine form. In reviewing a very busy 2019 for AmaWaterways, having launched three ships in Europe instead of its usual one or two, Schreiner claimed high forward bookings from the two major source markets of U.S. and Canada.

AmaMora is the third of the trio, following the debut of the double-wide AmaMagna on the Danube and the AmaDouro on the Douro.

Is there another double-wide ship in the offing? The answer is, according to Schreiner -- perhaps. Which could easily be interpreted as yes.

With its high capital investments, Schreiner had this response when asked whether the company is making money: “Let’s put it this way, the last two ships were paid in cash.” He added with a sheepish grin: “I sleep well at night.”

Sailing seven-night itineraries on the Rhine, between Amsterdam and Basel, AmaMora is a beautifully appointed vessel, eminently comfortable and with an excellent crew and a diverse range of activities to enjoy in ports.

Compared to the line’s other ships, AmaMora has a bigger Chef’s Table restaurant that seats 34 diners and features Ama’s first retractable balcony. Guests dining at Chef’s Table can eat dinner on the balcony if the ship is docked. (The seven-course degustation is complimentary and available once per cruise for all passengers.)

Many guided excursions are included in the fare. The ‘Captivating Rhine’ itinerary offers four choices in almost every port: usually a hike or walking tour, a bike tour and a wine or beer tasting session. At two ports, a 45-minute drive is required to reach the destination.

One activity not found on all AmaWaterways ships is yoga on the sun deck with an optional glass of sparkling wine in hand. The onboard active program also has challenging workouts such as a high intensity class, a resistance band class and core strengthening. The wellness host also leads walks and jogs in port.