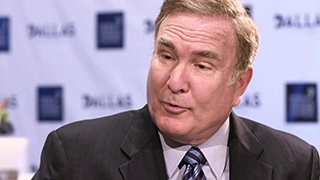 Royal Caribbean reported record second quarter earnings yesterday, but for travel agents the big news is that commission payments are higher than ever.

RCL paid out US$427 million in "commissions, transportation and other" for the second quarter, up 19% from US$358 million for the same period ending June 30 in 2018. Three months earlier,  RCL announced the commission indicator had climbed 25% for the first quarter of 2018.

In a sign that the cruise line/advisor relationship is strong, both the second quarter figure and the half year figure represent record highs.

During his introductory comments on the Q2 earnings call, Royal Caribbean Cruises Ltd. Chairman/CEO RIchard Fain complimented travel advisors for their ability to evolve and adapt.