RCCL’s Fain On Environmental Accountability: “What Gets Measured Gets Better” 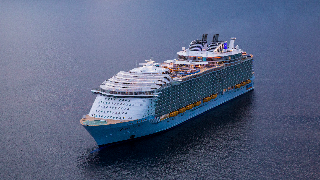 "We believe that to succeed in today's world, you need to adapt to an everchanging environment," said Richard Fain this past week during the company's second-quarter earnings call.

The chairman/CEO of Royal Caribbean Cruises, Ltd., was referring to the business environment; however, his words had relevance to the environment itself as well, and part of Fain's opening remarks was devoted to that subject.

Following the call, Cruise Week asked Fain to explain why he believes "what gets measured gets better" as it pertains to environmental issues. After all, there's skepticism about numbers: there are lies, damned lies, and statistics.

"As Mies van der Rohe said, 'God is in the details' (often misquoted as the devil is in the details)," responded Fain. "So it is with the environment. One can't accomplish real change with one silver bullet. Like van der Rohe's famous buildings, it takes real obsession with every detail to lead to real change on something as complex and impactful as the environment."

Thus, the need to measure everything.

Fain continued: 'If we see plans for a ship that is 20% more energy efficient, the first natural question is, "How are we getting there?" But the equally obvious second question is, 'Then why not 25%?' And improvement follows."

It's not just random metrics. Royal publishes an annual sustainability report produced to internationally accepted standards. Added up, all the details are important.

Calling global warming "a defining issue of our time," Fain noted the company has reduced its carbon footprint by 35% from its base year of 2005.

But he noted sustainability goes beyond reducing greenhouse gases, and he provided a specific example related to food sourcing: "Take fishing. Historically, we fished in the oceans with a view that the supply of fish was limitless.

"Unfortunately, modern fishing techniques are so effective that we have depleted the ocean's supply of fish in some areas. Simply put, we are catching some fish faster than the fish population can replenish itself....and this is not sustainable."

So Royal Caribbean established goals to source seafood in a sustainable way, i.e., stock can replenish. "And again," said Fain, "we have done that using international standards and external validation to assure both us and the public that these goals are measured and verified."

To keep the ball rolling, Royal Caribbean is working in partnership with the World Wildlife Fund.

"We did this in conjunction with World Wildlife Fund, not only to be able to benefit from their expertise, but also because making specific measurable targets provides an accountability that is important to the success of a program like this," Fain told financial analysts.

"We asked World Wildlife Fund to help us set our goals because (a) they have a well-deserved reputation for caring about the environment; (b) they are obviously independent; and (c) they have expertise in the area."

Fain added that the World Wildlife Fund partnership helped Royal to ensure that its goals were relevant and aspirational.

"Inviting them to evaluate our results keeps us focused," he said. "They give us and the public confidence that the targets are worthwhile and that the reported results are accurate."

Fain reported to Wall Street that the company is on track to reach its sustainability goals that were set for 2020: "We achieved our carbon footprint goal earlier this year, and just two weeks ago, we certified our 1,000th sustainable tour operation. We're not there yet on our sustainable food sourcing goal, but we're working diligently to do so and hope to reach that target soon."

"Our new ships will use clean LNG as fuel," he said, referring to liquefied natural gas, which has lower carbon emissions in comparison to commonly used fuels.

Fain continued, "We have installed the Advanced Emission Purification system on most of our fleet; our program to eliminate single-use plastics keeps advancing; more and more of our ships are zero landfill capable; our efforts to reduce food waste is ramping up; our experimentation with zero-emission fuel cells continues; etc., etc."

Not Sexy But Supremely ImportantSumming it up, Fain admits that talking about the environment isn't sexy -- like a private island or the world's new largest cruise ship -- but it is important.

"This is a complex subject and even here we can only touch the surface," he said. "As flat as the subject may seem, it couldn't be more important to the world and our quality of life."