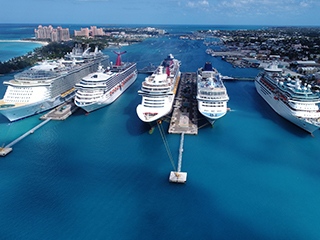 The "commissions, transportation and other" reported by each of the three big publicly traded cruise companies every quarter is a traditional bottom line indicator of travel agent success selling cruises in North America. And the latest available figures indicate strength.

As background, Cruise Week reports that in 2017 all three lines reported increases over 2016 figures. In 2018, they had another year-over-year increase, and so far in 2019, things are still going up.

Royal Caribbean Cruises, Ltd., reports third quarter earnings this week, and expectations from retail leaders are that, once again, there will be a solid increase in commissions paid out.

For the first half of the year, the "commissions, transportation and other" paid out by RCCL totaled US$790 million, up 22% from US$649 million for the first half of 2018. This week's report will cover the time period covering the summer sailing season: the three months ending 30SEPT.

Norwegian will report its third quarter financial results on 7NOV.