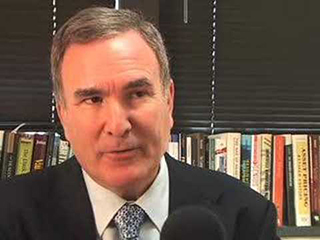 While Royal Caribbean's share prices are up overall for the year, they have lagged the market over the past six months. As the Dow Jones, S&P, and Nasdaq hit record highs, it wasn’t surprising when, during the Q&A session of Royal Caribbean's third quarter earnings call last week, some of the questions from financial analysts seemed more pointed than usual.

Felicia Hendrix, Managing Director, Barclays, noted that there is concern in the investment community that some of the challenges Carnival Corp. is facing -- not only in Europe but also now in the Caribbean -- may affect RCL as well.

“The narrative out there is that with a company that’s facing challenges, they may drop prices, particularly in the Caribbean, and that might affect your brand,” said Hendrix to RCL execs. “So, could you talk about how you are positioned relative to Carnival, and why you may or not be affected by pricing decisions that they make?”

As he has in the past, Chairman/CEO Richard Fain responded by saying Carnival isn’t the most important factor when it comes to competition and pricing.

“Our biggest competitor continues not to be Carnival or the other cruise lines,” said Fain. “We think that a much more competitive force is coming from elsewhere in the industry -- that is, from land tourism -- and ultimately from things like flat screen TVs.”

Of pricing impact from other competitors, Fain said, `Whether it's Carnival or anyone else, because of the way the industry manages pricing and the fact that we fill the ship, if one company lowers its price in a period, it will shift the timing of bookings.'

Fain emphasized that the industry is experiencing strong demand in general as consumers are changing buying habits (e.g. buying fewer flat screen TVs), adding that those habits and the general economy itself are ultimately more impactful than the immediate competitive situation.

Hendrix persisted: “If one of your competitors starts putting more attractive prices in a particular market, is price the only deciding factor that they [customers] use to take a cruise?”

Royal Caribbean International President/CEO Michael Bayley responded, `We see at times, in different brands or products, discounting for multiple reasons. And I think there's a certain number of value seekers who will go after a lower price but that probably 80% of the customers are seeking a specific product.

“And we found they're willing to pay a higher price for the kind of experience and the almost-guarantee of satisfaction for them and their families. So, there is a difference between the brands and the products in the marketplace.”

He continued that informed and educated customers realize the differences, in part due to information provided by Royal's travel partners that position the brands towards the right customers.

"So, it's true that sometimes lower pricing can be temporarily disruptive, but it passes fairly quickly," said Bayley indicating that what's happening now is not unusual: "It [competitive pricing] is problematic at times, but it's something that we deal with quite frequently.”