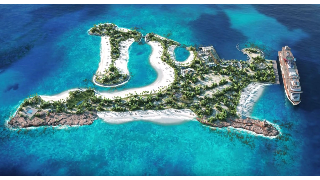 As Cruise Week reports, MSC referred to various weather and construction delays that slowed down the completion of the island as the reasons for the delay.

In a statement, MSC said: "First, despite Hurricane Dorian and the demobilization of 600 workers, the Company took measures to remain on track and deliver the project on time. However, in the weeks that followed, further adverse weather conditions with strong winds and heavy swell caused several days of interruptions and created additional delays.

"Secondly, last-minute issues with the levelling of the sand in certain areas of the island, the completion of the second breakwater and the landscaping aspects...have created further last-minute operational issues.”

In its press release MSC said that booked guests will be compensated for the change in itineraries on the cruises affected by the delay. According to Cruise Week, travel agents are already reporting lower rates going forward.

While this is seemingly a contained event affecting only one cruise line, it’s potentially a negative event for the cruise industry in total heading into Wave Season