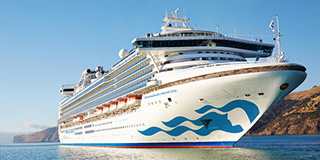 A month ago this week Princess Cruises launched its ‘Best Sale Ever’ promotion, and several veteran retailers have told Cruise Week that it represents a new direction in sales for the line.

Since ‘Best Sale Ever’ is viewed as particularly important by several advisors, Cruise Week asked about their experiences in depth.

“A deal like Princess now has is pretty much all-inclusive, though still not all-inclusive in the luxury cruise sense of the word," said one retailer. "Basically, instead of clients booking items separately on a non-commissionable basis it goes into the fare, so that will help the agent commission."

None of the agents spoken to had any complaints about retro-protection of already booked clients. "They made it easy: just put a code in; if our client already had a drink package, they just re-fare it with a code and get the other elements," said one retailer.

That type of comment reveals that being seamless and clearly communicating is highly valued by advisors in this era of so many brands with somewhat complicated promotions.

For this retailer, the fact that this is Princess doing such a sale certainly makes it Princess' most extensive ever, partly because everybody qualifies: third and fourths, inside cabins, and so forth. Other lines, he notes, have been aggressive as well, and inclusions like free air, onboard credits, etc., are not part of Princess' program.

So just because Princess calls it the ‘Best Sale Ever,’ this particular agent doesn't seem quite convinced. "It's like, 'OK, that's excellent, I'm glad Princess is doing this'...but there are so many sales," he observed.

What stood out to another travel advisor is that ‘Best Sale Ever’ represents an about face from what Princess has done in recent years.

It comes on the heels of a year during which he felt Princess was being guided more by yield management forces rather than sales instincts: "Last year, their promotions just weren't that strong -- they limited Sip And Sail, which everyone got used to running 2 1/2 months in the summer, to just 30 days.

"That didn't allow enough time to get traction on the program, and while they were playing tough, Royal Caribbean, Celebrity, NCL, and Viking were going after the Princess customer in Alaska like we've never seen before."

By the time summer '19 came around, he says, Princess had to discount heavily on some of the remaining inventory on Inside Passage. "Now the pendulum has switched back to the sales side," he said, applauding the change in tactics.

In this vein, he noted that Princess is getting looser with co-op after a few years of being more conservative than some of its largest competitors: "It's gone from, 'I can only do this, I can only do that,' to listening more to what our needs are when we promote them."

Now that Best Sales Ever is out in the marketplace, several retailers wondered what will happen when 29FEB comes around, the date it is scheduled to end. In early March will we see some variation of it continuing, as some other lines have done with unique sales programs, or will it be put aside until perhaps next Wave Season? Or just put aside?

Princess hasn't said. "It all depends on how successful this program is," thought one agent. "Will it goad people to book earlier, to make those commitments because you know you're going to get the best sales ever? We'll see, but the message from Princess is you can't do much better than this with Princess."