Women Are Taking Their Place In Cruise Line & Retail Leadership 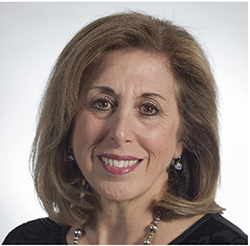 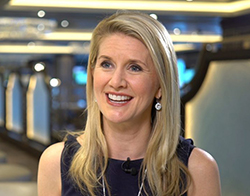 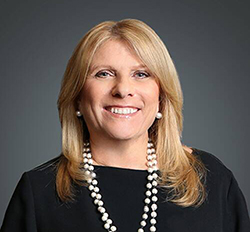 Girls Who Code is a non-profit organization which aims to support and increase the number of women in computer science by equipping them with the necessary computing skills to pursue 21st century opportunities.

Before you start wondering if you're reading the wrong publication, Cruise Week reminds you that Girls Who Code's Founder and CEO Reshma Saujani has just been named godmother of Celebrity Apex, the second Edge-class ship for Celebrity.

"Having the woman who founded Girls Who Code stays along the lines of our having a godmother who is dedicating her life to the empowerment of women," Celebrity Senior VP Dondra Ritzenthaler explains. "It's really a great second ship godmother to [follow] our naming of Malala, the Nobel-Peace-Prize-winning godmother of Celebrity Edge."

Ritzenthaler adds that the choice of godmother is not just inspiring but also innovative: "Everybody else does godmothers who you might sort of predict. For us, we don't do that."

Indeed. Over the years, Cruise Week has covered inaugurations with godmothers ranging from Julie Andrews for Crystal Serenity back in 2003 to Kelly Clarkson for Norwegian Encore just last year. All are top talents in their field, but they've almost always been entertainers.

There's a different focus with the Edge series; these godmothers are promoting the betterment of women's lives, and not in a terribly glamorous sort of way.

To Ritzenthaler, this is just a visible product of the overall culture at Celebrity Cruises. “I will absolutely tell you that Lisa Lutoff-Perlo becoming the first female president and CEO of Celebrity Cruises and in our corporation has been unbelievably successful, beyond even what we thought when she was first named," says Ritzenthaler, "because not only is she running the brand and making the brand have the most successful year we ever had, but also because she is a female."

Ritzenthaler continues that what Lutoff-Perlo is doing on the supply side of the business is different than anything seen before in the cruise industry.

"Very quickly after being promoted, Lisa realized the opportunity that she had been given by being the first female president and CEO," says Ritzenthaler. "People paid attention to her. So she has been able to not only run our company and do wonderful things, but then also, 'Let's leverage that, and do things right for the Malala Fund,' and more."

The growing power of women in the cruise business is being recognized in other ways, ranging from the bestowment of awards to more inclusion on business panels. Leaders on the retail side who have been in the business for decades have watched it all unfold.

At the World's Leading Cruise Lines Excellence Awards recently, AAA Travel Vice President Paula Twidale told Cruise Week it was exciting for her, as a long-time participant in the industry, to see so many women onstage accepting awards. "It brings a fantastic sense of pride," she said, just minutes after AAA Travel and CAA Travel won the Stanley McDonald Founder's Award from Princess Cruises.

"The travel industry has been predominately driven by women but with men holding the highest leadership positions," observed Twidale, adding there has been a shift in that over the last decade.

She continued that diversity and inclusion are important to AAA, and many women are in leadership positions. "In AAA Travel alone, over 70% of the executives are female," noted Twidale. "We are very collaborative and we are recognized for the business acumen that we bring to the association and the travel industry."

Since AAA's award had been bestowed by Princess, Cruise Week asked Princess Senior VP North America Sales & Trade Marketing John Chernesky at the recent Sky Princess inaugural for his perspective on the issue.

"I don't know how our industry would stack up if you were to count the number of travel agency executives or travel advisors and demographically profile them versus any other business," he told us. "But clearly, I go to work each day and the president of our company [Jan Swartz] is a woman.

"Also, we have numerous leaders throughout the travel industry including our trade partners who are women. So I don't look at it with surprise, like, 'Oh, you're a woman!' I feel like we've thankfully moved beyond that in many ways.”

Still Work To Be Done

One pessimistic note on this whole issue is that it's still men always doing the opening prepared remarks on earnings calls for the big three publicly traded companies -- a sign of who's still at the very top.

But the trend that accelerated a decade ago of growing strength and visibility of women in key leadership positions on the cruise side and greater power on the retail side shows little sign of slowing down.