Coronavirus & Cruising: Some Jitters, Too Soon For Impact Assessment 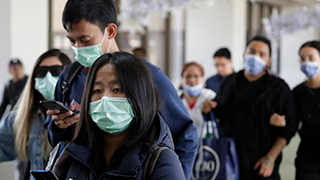 Trade sources generally report solid Wave bookings continuing in the second half of January. Some are even seeing continued strength in booking numbers through this week, which is particularly encouraging given the spread of coronavirus.

However, some retailers are telling Cruise Week that they see a shift in tone to an otherwise strong Wave Season.

"More and more customers are calling with concerns, but it’s not a panic," says one top source, referring to the coronavirus. "A few are cancelling. Cruise lines that have non-refundable deposits and fully non-refundable fares will be the best positioned to weather any customer jitters around this issue."

He says it only stands to reason that some are postponing booking their vacations, given the backdrop. "While the topic is scary, the consequences are still more like the flu, so most people are still reasonable."

Several retail leaders say they don't believe the new virus will have a long-term impact on North American demand for cruising unless it spreads considerably.

For instance, Avoya Travel co-founder Brad Anderson says, "I've lived through a lot of scares in my career. In terms of our business, it's too soon to tell on this virus."

Anderson predicts that someday there is going to be another pandemic: "There was the Spanish flu 100 years ago that killed millions of people. So we know there will be another pandemic. But is this one it? I don't think so. I think [the global health system] jumps ahead of things quicker than it used to," a reference to SARS and Ebola.

He adds the travelling public is able to put fearful things into perspective today better than 20 years ago. "I believe people know how to rate the risks."

The biggest cruise impact to date is close to the source of the outbreak. Parts of the Great Wall have been closed to tourists, as have leading tourist attractions such as the Forbidden City in Beijing.

Costa, Royal Caribbean and MSC have announced cancellations of near-term China sailings, though both Royal and Carnival Corp. report there's been no changes of itineraries that impact the North American cruise market.

As Carnival Corp. Senior VP Roger Grizzell reports, "The only impact, to date, is the nine Costa cruises departing from China that we're suspending for a brief period."

Despite that, cruise stocks joined the rest of the market in tumbling on Monday. And one concern long-term is that the latest problems with the Chinese market could create more pressure on the North American market to produce if capacity shifts away from China.