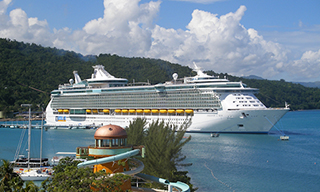 Another top source summed it up: "Sales over the first half of February have declined significantly. It began impacting us the week of 3FEB and continued into last week. As a matter of fact, Monday, 10FEB was the slowest Monday in the last six months."

Drilling down, he reported that 2021 cruises are doing well as are many high-ticket cruises for later this year. Last-minute Caribbean is also doing OK.

"Even though new business has fallen, we are not seeing a significant increase in cancellations other than for Asia. I see this as a good sign that people are just delaying purchases. Hopefully when this clears, the suppliers will push a late wave season promotionally."

Many point to differentials within markets.

"Asia has all but stopped in terms of new bookings," said one industry veteran. "Europe has slowed more than we're comfortable with, but the Caribbean and Alaska are holding their own.

"Interestingly, traffic to our websites is up YOY in the double-digit area.  Sadly, conversion of those visitors is down. We're hoping that traffic is up because people are shopping but simply not seeing the deals they're anticipating.

"Although the cruise lines have made some pricing adjustments, we haven't seen crazy offers yet. Perhaps we're all waiting for them to come, which I believe is important short term.”