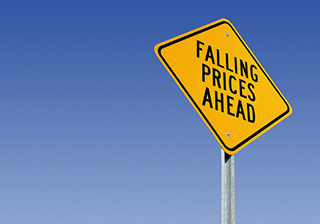 The main conclusion of this week's cruise pricing survey conducted by Hedgeye Risk Management: "Wave Season Pricing Cascading to the Downside, No Bottom Yet."

This will come as no surprise to anyone in the business of selling cruises, as the expectation is that the industry is going to experience more significant reductions in the coming weeks.

"Too soon to tell what's going to happen with pricing, but I think there will be an avalanche of deals, as this is going to get tougher before it gets better," said one veteran retail source, adding, "It's the toughest time I can recall in this business."

In the meantime, here are some current specifics from Hedgeye report: "Pricing for Q2 - Q4 2020 is now down high single digits to low double digits since right before coronavirus hit the headlines [in mid-January]."

The analysis notes that Carnival Corp. and Royal Caribbean have fallen less than Norwegian Cruise Line Holdings but that there were other factors to consider there, namely that NCLH was off to the best start and so had the farthest to fall. For all three lines, the greatest downward trend occurred in the last two weeks.

Furthermore, Hedgeye notes that the search term "Cancel Cruise" is occurring up to 2x more frequently than during its previous peak (the 2017 hurricane season).

Any good news? Travel advisors report they are pleased to see that many of the lines are stepping up to implement policies that allay near term consumer concerns. "Viking just issued theirs today...pretty good steps," said one top producer.

Among key points in the note from Viking to its guests: "For the time being we are making a temporary exception to our cancellation policy so that you can be free to postpone your cruise at any time up until 24 hours before the planned departure, without incurring any cancellation fees.

"You will be issued a voucher for future travel valid for 24 months, which can be used on any Viking product (river, ocean or expedition). This temporary exception to our standard cancellation policy is applicable for all guests who currently have a reservation with Viking and for all new reservations made through 30APR, 2020."