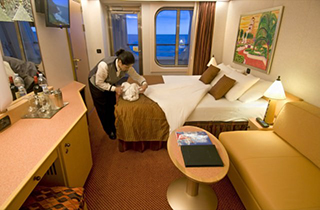 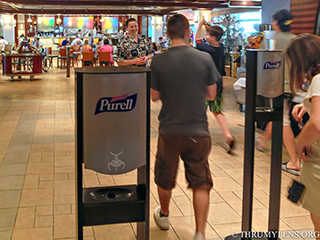 Early this week, Canada’s Chief Public Health Officer Dr. Theresa Tam made a blanket recommendation that Canadians should avoid all cruise travel during the COVID-19 outbreak.

We asked readers if they believe that advice is justified during the current situation. Their comments were unanimous that the recommendation goes too far and could be immensely damaging to an industry that brings pleasure to millions each year and to the travel advisors who help clients plan their cruise vacations.

“They should focus on the ships that the virus is on and not put panic into the public.”

“I think this is not responsible on the government's part,” wrote Claude Lapointe. They should think of all the calls we will get asking for refunds. They should have done their homework and see what the cruise lines are offering as options., not just say, "Do not cruise, you may lose your money..."

Ann Shaw says the all-encompassing recommendation goes too far. “No, they should focus on the ships that the virus is on and not put panic into the public not to cruise, it’s unfair to everyone involved -- the cruise line, the clients and the travel agents are losing money because they put fear into people’s mind.”

Shaw adds: “They should focus on people with pre-existing respiratory conditions and the elderly, it should never be addressed to the public -- people work hard and need their vacation.”

“I believe the cruise industry is being used as a scapegoat.”

Mary Maidment points out that many cruise passengers book a year or more out, and that the Chief Public Health Officer should have recognized this in her statement by qualifying that the recommendation applies to immediate cruise travel during the outbreak. “This is unfair to the passengers and especially the cruise industry – it’s spreading panic,” Maidment said.

Donnalea Madeley answered Open Jaw’s question with an emphatic “No!” She says the health officer’s advice should include more comprehensive details for those who are most vulnerable, “instead of blanket statements that equate all cruises as equal threats, which (causes) travellers to panic and be fearful.” Madeley adds: “I just returned from a cruise and the cruise line was very proactive!”

Many travellers are choosing to keep calm and cruise on.

Robin Leblevec says health precautions are essential, but a recommendation to avoid all cruise travel is going too far.

“If you have a pre-existing respiratory condition and/or are elderly with a low immune system it would be a good choice to rebook at a later time.”

Leblevec adds that many travellers are choosing to keep calm and cruise on.

“I have 27 families booked for an upcoming cruise this Sunday from LAX to the Mexican Riviera, so far only two have cancelled, the rest are in need of a vacation and will be diligent with hand washing. Cruise ships are a very clean environment. People need to be more mindful of their own germs and health practices to avoid catching any flu bug. We are staying positive and praying a fun, festive, healthy cruise ahead.”