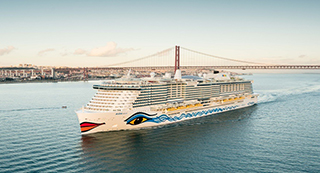 Carnival Corporation has provided notice to lenders to borrow approximately US$3 billion for a period of six months.

"The Corporation borrowed under the Facility Agreement in order to increase its cash position and preserve financial flexibility in light of current uncertainty in the global markets resulting from the COVID-19 outbreak. The proceeds from the Facility Agreement borrowings will be available to be used for working capital, general corporate or other purposes,” Carnival Corp. said in a statement.

"We believe RCL's existing liquidity allows it to halt for [approximately] five months without having to raise more capital, including its liquidity action, but this excludes major customer deposit outflows.

"We think it very possible the [30-day] cessation will be extended, with Morgan Stanley economists expecting the virus to peak in April/May and Canada banning cruise ships until July."

***Please note that an earlier version of this article incorrectly attributed Morgan Stanley's comments to Carnival Corp. when they were in fact speaking about Royal Caribbean. Open Jaw regrets the error.