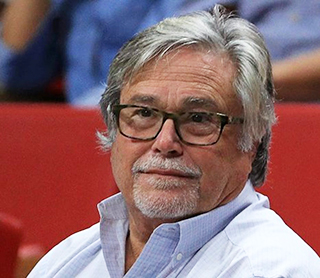 Cruise Week reports that at today's White House press conference, President Trump said: “One of the things that happened this morning is that I spoke with Micky Arison of Carnival Cruise Lines, and he is going to make ships available.

"So in addition to the big medical ships that you have coming, if we should need ships with lots of rooms, they will be docked in New York, Los Angeles, San Francisco, different places. So I want to thank Micky Arison. That's Carnival Cruise Lines."

Near the end of the press conference, a reporter asked President Trump: "What will the Carnival ships be used for?"

Trump's reply: "Well, Micky [Arison] called up today and said, 'If you need them [we have ships available]. We haven't said yes. I'll call Governor Cuomo, I'll call Gavin Newsom, the governor of California, I'll call a few of the other governors today, because we're meeting through phone, telephonically as they say. And I’m going over to FEMA from here."

Reporter: "Will you be using them to increase hospital beds?"

President Trump: "You could say increase places to stay. Let's say `places to stay' -- if it works. I don't know, maybe people won't want them. But he made the offer, it's a very generous offer.