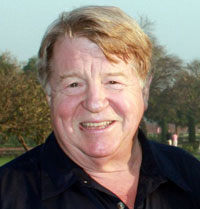 Veteran travel agent David Craig, of Toronto’s Craig Travel, is aboard Holland America Line's Zaandam, returning to Florida from South America with dozens of passengers and crew showing influenza-like symptoms. The cruise was scheduled to end on 21MAR in Chile. Craig shared observations about the situation with Cruise Week.

"The ship has gone into complete lockdown, effective 2 p.m. Sunday. As far as we could see, and as reported by the Captain, everyone complied very quickly and all have been confined to their cabins since then.

"Dinner last night was similar in quantity -- everything comes as set menu but way more than we need.

"This morning we received a menu of services and how things will work. They are working to increase in room entertainment with more movies and activities. But movies are as they present them, there are no movies on demand.

"Everyone was already pretty burnt out with only having MSNBC & FOX news channels. (When will American news provide UNBIASED news coverage -- we Canadians would love to see CBC OR CTV NEWS again.)."

Yesterday, Holland America issued a statement re Zaandam: here are some key points:

"This morning aboard Zaandam, 13 guests and 29 crew reported to the ship’s medical centre with influenza-like symptoms. We have now asked all guests to remain in their staterooms until we have more information. There are 1,243 guests and 586 crew on board.

"Since it is flu season, and COVID-19 testing is not available on board, it is difficult to determine the cause of these elevated cases at this time.

"Crew who are not required for the safe operation of the ship are being quarantined. Those that are needed to maintain the ship’s operation are being asked to self-isolate when not performing essential functions."

Meanwhile, veteran agent Joseph Wagg, Absolutely Cruising!, reports a heartwarming response from his clients onboard Zaandam to the challenging conditions.

"We agree we are in a great place, a view, the sunshine, and enough food and wine for weeks. They also have very good entertainment and the very best Captain. The passengers have written a song about the captain. He has been an excellent communicator as well as a negotiator. They should be very proud of his abilities."

Summing it up: "We are sailing the high seas with our new, close 1,400 friends. We are well fed and entertained. The plan is to sail to Ft. Lauderdale. Captain suggests we wait until the Panama Canal to make flights."

In that vein, ship tracker Othell Owensby reports that the Zaandam is now headed to Balboa, at the Pacific entrance of Panama.

croozer - March 24, 2020 @ 10:43
Nice update of the on-board situation.
Unfortunately not everyone is quite as pleased.
"Chris Joiner, traveling with his wife Anna, told Canadian broadcaster CBC that he asked the Canadian embassy in Chile for help. His message: “Get us the hell off this ship,” the CBC reported on its website."

As an agent I have to say it's been frustrating to read "trapped at sea" stories in the MSM, usually from some uninformed wire service reporter.

Check out that CBC story (if you have internet access at sea).
The overwhelming response is that people that cruised March 7 who are apparently wealthy and entitled, foolishly laughed in the face of known danger and have only themselves to blame.

I have seen nothing in the mainstream media by an industry-knowledgeable person explaining the role of government travel advisories, cruise line policy and travel insurance policy play in sailing (which casual observers consider foolish) and cancelling (which many feel was the prudent thing to do).

I stress the point that industry discussion boards like Open Jaw is NOT the place for that. ACTA for instance, should be able to scare up somebody to submit an op-ed to MSM.

Having said that, kudos to most passengers and crew for trying to make the best of a bad situation and I hope everyone makes it home safe and sound