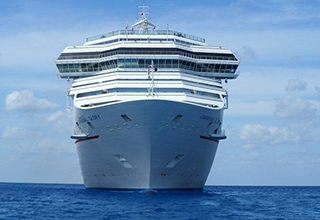 Cruise Week sources say that the cruise industry and the U.S. Centers for Disease Control and Prevention are in the midst of some tough negotiations regarding allowing cruise ships to return to sail.

Points of discussion range from no self-serve buffet on any line to capacity limits on ships of all sizes.

"Whatever the size, a ship will not be able to sail at more than 2/3 full," said one source. "So if some theoretical cruise line had a 5400-passenger ship, they could only carry 3600 pax."

Other topics under discussion according to our cruise sources include requiring expanded certificates of fitness to travel—not just for those greater than 70 years old, but for anyone of any age with an underlying health issue.

One cruise source says many in the industry believe this is going to be hard to administer. "Who is going to want to travel and see their doctor unless they are sick in the first place? What is the time frame? I could go to the doctor a full week before I go on a ship and still get sick by the time I board."

Sources also say that when the lines do return to service, a lot of ships will stay laid up.

"It could happen, but we don't expect to see all 18 Princess ships, as just one example, doing robust itineraries anytime soon," said one cruise line source. "If we can limit capacity perhaps we can fill the ships up adequately and get good enough yields and such."

But how the lines going to distance people on the ship is at this time uncertain.

"Keeping people six feet away from other cruisers around the pool, for instance, is going to be a challenge," said the source.

Princess, for instance, is among the lines reporting they are planning on stepping up health screenings at embarkations with thermal scanning to check temperatures..

However, health experts have cautioned that temperature tests are unreliable because people don't always exhibit the high fever. Also, repeated studies have shown that at least half of virus-positive people were not detected by the scanners.