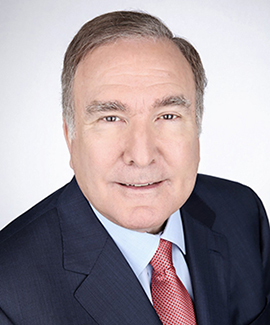 Royal Caribbean Cruises Ltd.'s Chairman and CEO Richard Fain joined the 10th edition of Coffee Talk, hosted by the line's SVP Sales, Trade Support and Service, Vicki Freed. Open Jaw listened in on the call where the RCCL boss shared his insights as to what cruising might look like once it returns, the importance of travel advisors and how the line is dealing with the delay in processing cancellations.

The timing of talk coincided with yesterday morning’s announcement that Royal Caribbean has extended the suspension of most sailings through 31JUL, 2020, with the exception of sailings from China, which will be suspended through the end of JUN.

"It's always painful to extend the suspension, but we wanted to give people as much advance notice as we could and we felt this was the prudent thing," Fain said.

Here are some insights shared by the RCCL chairman:

On The Cruising Experience

One of the burning questions among travel advisors is what the cruise experience will look like once ships resume service.

But Fain was reluctant to provide a definitive answer.

"We're being a bit careful not to prejudge that. We'd like to present it as a cohesive whole," he said.

Despite changes to the cruise industry being inevitable post-pandemic, Fain said the industry has always been in a stage of constant evolution.

"Cruising two months ago is very different from cruising five years ago. We have been enhancing the product and continuous improvement is in our blood," he said.

Fain did provide some hints as to changes in store once service resumes, one of which is the buffet.

"The idea that you'll go into a buffet that everybody reaches into and touches the same tongs, I think it's very likely you're not going to see that on land or at sea. But it doesn’t mean you don't have a buffet. You might have that where it's served to you by other people," he offered as an example.

He also indicated that the cruise comeback will be gradual with a temporary period of limited capacity on ships.

"We do expect the comeback to be gradual. It's very much like the opening up of our communities. The idea that in the beginning, we would limit capacity very much like your local restaurants, I think is very likely," he said.

On The Importance Of Travel Advisors

Noting his appreciation for the term "travel advisor" over "travel agent" – explaining that it's a "much more descriptive term" of the profession -- Fain explained why he feels the trade is so important to Royal Caribbean.

"Information is the most important commodity, especially given all the bad information out there. The most valuable asset contribution of our travel agent professionals has been the information that they give to their clients. In a world where there's a lot of confusion around COVID-19, their role in communicating with their clients is even more important than it was before," Fain said.

Besides returning crew to their home countries, which took the number one spot, Fain said delays in processing refunds and Future Cruise Credits (FCCs) is the second most "pressing issue."

He explained that the combined challenges around staff working from home and the sheer unprecedented volume of change requests has overwhelmed an otherwise "smooth" system for processing cancellations, refunds and FCCs, Fain said.

"We also found that the credit card companies weren’t equipped to handle this as quickly as we thought," he added.

"We have sped this up so I think we are bringing it more under control," he said. "We've added technical capabilities and a lot of people to hopefully speed up the processes. The numbers of delays in refunds and FCCs are coming down. We're not to a point yet where I no longer need to get the daily report, but we're making progress towards it."