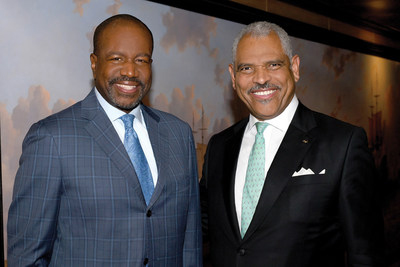 Arnold Donald: The Only Way Through Is Forward

In a letter to the members of the Carnival family, CEO Arnold Donald said "any words are far too inadequate in the face of the events that have occurred in the U.S. over the past several days."

He boldly stated that "racism is real", and not just in America, but around the world, and revealed is own experiences of racism while growing up in the segregated south of the U.S.

"Injustice and brutality are real. They’ve been with us forever despite many efforts to eradicate both."

Donald continues: "And through the greatest platform that I have available to me to effect change, as CEO of this corporation, I want to provide the support and the motivation for us to build on our foundation of being the greatest travel and leisure company in the world, bringing millions of people together every year of all nationalities, ethnicities, backgrounds, and experiences so they can joyfully discover what they have in common and learn to celebrate their differences, rather than fear them— while at the same time providing an economic multiplier that contributes to a higher quality of life through the power of inclusion."

He concluded that collectively, despite these turbulent times, "we are capable of powerful change for the better and I have no doubt that if we double down on our efforts and stay the course, together we will create a brighter future.

"The only way through is forward."

"One of the things I often spoke about at Holland America Line is diversity, different contexts and at the core of when it works and when it doesn't work in my estimation is communication, noncommunication," Ashford told Cruise Week.

Ashford admitted that he has been a victim of prejudice himself, saying he's had "the whole gamut" of comments and actions, whether they were slight or significant or physical.

"I never had anything bad happen, honestly. But I know being in the role that I was in created some surprise. For whatever reason that was not what they initially thought when they saw me. But it created an opportunity to change the narrative," he said.

Being the first African American president of a cruise line, Ashford said it gave him a unique perspective on the cruise industry but ultimately, it allowed him to see the human connection.

"Because at the end of the day, African-American, White, Black, Latino, we like destinations, we like wine, we like good music. And that was the tenets we put in place," he said.

The idea that cruises specifically and travel in general can change the world is something Ashford has consistently expressed throughout his tenure with HAL.

On 02JUN, Royal Caribbean Cruises Ltd. employees, Chairman & CEO Richard Fain came out as the first cruise executive to publicly address the aftermath of George Floyd's death and the issue of racism. Read his insight here.