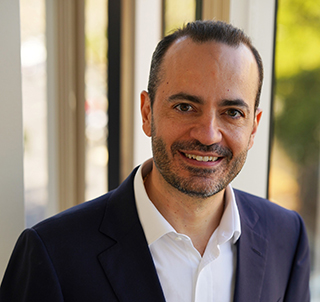 At 45 years old, new Holland America Line president Gus Antorcha is one of the youngest presidents of the company's lengthy history.

Besides that novelty, he also brings a strong fiscal background to his new position, reports Cruise Week. Antorcha completed an MBA at Stanford, has 12 years of experience at Boston Consulting Group, including as partner and managing director, and also has 10 years at Carnival Cruise Line in two senior positions. He also had a short stint as the CEO of SeaWorld Parks and Entertainment in 2019.

Behindthethrills.com, a publication covering the themed entertainment industry, reported that Antorcha left Seaworld because, despite his CEO title, he wasn't given enough say in the decision-making process.

The publication noted that while at SeaWorld, Antorcha succeeded by metrics used to measure CEO performance.

"Over Antorcha’s short tenure, the company posted positive results by most standards. Attendance, revenue, and earnings continued to increase, and operating costs were cut significantly to streamline efficiency," reported Behind The Thrills.

"The company unveiled all of its 2019 attractions on time or ahead of schedule, which for the most part have been positively received, especially Sesame Street Land at SeaWorld Orlando, Tigris at Busch Gardens Tampa, and Turtle Reef at SeaWorld San Antonio."

Within Carnival Corp., Antorcha is highly regarded, with several sources pointing to his knowledge and understanding of the cruise business.

"I view Gus as an incredible talent, extremely smart, strategic, and someone who moves the ball forward," summed up one veteran Carnival Corp. exec.

Those are good traits to have at Holland America because, even back in 2019 prior to Covid, there were reports from trade leaders to Cruise Week that the company was underperforming on the business side.

The most visible manifestation of this problem was the move by then-president of the company, Orlando Ashford, to essentially head up the sales department.

"Gus has the ability to marry fiscal discipline with delivering guest experience," summed up one top CCL official. "He's very hands on in a way that earns respect and trust from his team."