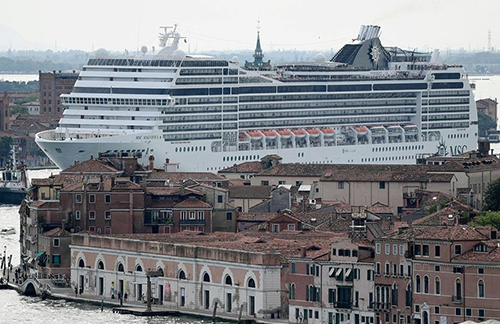 MSC Grandiosa’s safe return to a Genoa harbour is seen as a hopeful sign the cruising industry can soon rebound.

It’s definitely a good news story following months of media horrors referring to ships as “floating petri dishes” being turned away from ports and left marooned in the ocean.

Enter MSC, which has taken COVID safety protocols so seriously, the line denied boarding to not only a family where one member tested positive, but anyone who’d been on the same bus as the family.

All eyes are now on MSC and their successful Grandiosa Med cruise, as well as the next one, which departed Sunday with the ship once again sailing at close to 50-60% occupancy.

Ken Muskat, EVP/COO of MSC Cruises USA, said he was proud watching the positive outcome of the first cruise play out, but cautioned it is too early to understand what Grandiosa's success might mean for the North American market.

"While it is too early to understand what impact this first cruise in the Med could have on the resumption of cruises in North America, we are very hopeful this will send a positive message to organizations such as the CDC, so industry talks with the organization can lead to a positive outcome," he said.

MSC executives speaking to Cruise Week attribute the success of the initial cruise to going above and beyond what was required to fight the coronavirus.

"The point of all the measures we put in place that are stricter than even the most stringent national and regional (mandatory) guidelines currently in place was to reduce the risk of the virus penetrating onboard or being transmitted between people on board," said one senior MSC exec.

"So far, the protocol has done just this, by identifying even potential cases before they could come onboard or denying re-embarkation to anyone who breaks protocols."

The success of the first sailing shows that serious protocols (that were not in place in the early stages of the pandemic prior to cruises shutting down) debunk the theory that cruise ships always will be petri dishes for the virus, Cruise Week believes.

When Cruise Week spoke with key executives outside MSC, both on the retail and the cruise side, many sounded cautious about the path ahead.

"I'm delighted that MSC hasn't had any issues on their return cruise to the Med, but every place that has opened in the past month [to U.S. travellers] has seen a bounce (in coronavirus)," one veteran cruise seller said.

He was referring to destinations from the Caribbean to Hawaii, and cautioned he wouldn't be surprised if there were COVID issues ahead for MSC, testing or no testing.

"In North America, my philosophy is we've got to collectively hang on until there is a vaccine, because until there's a vaccine I don't think we're going to seek any kind of stability in travel of any kind here," he concluded.

That said, others in the trade sounded more hopeful, primarily based on how MSC went about doing its business on the first cruise.

"When the family was denied boarding after straying from the shore excursion in Naples, what impressed me was how MSC enforced their own protocols by denying boarding to those who flouted the protocols," one veteran industry source told Cruise Week. "MSC is not fooling around with safety."

"Agents now have something positive to hold on to after the problems with Paul Gauguin, SeaDream and Hurtigruten," she added. "Nobody got sick, and the protocols are in place and being enforced. The industry can breathe a huge sigh of relief."