"If Any Industry Should Rally Around Diversity & Inclusion, It's Travel": Celebrity's Lisa Lutoff-Perlo Speaking At ACTA Summit 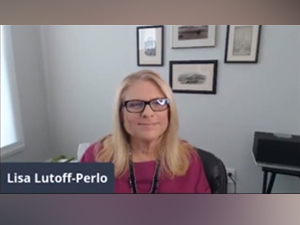 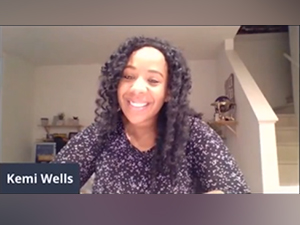 In 2014, Lisa Lutoff-Perlo became the first woman to run a major cruise line when she was appointed president and CEO of Celebrity Cruises. It's a platform she has used to build a highly inclusive work culture and turn Celebrity into an industry frontrunner when it comes to diversity in the workplace. In a Fireside Chat during the ACTA 2020 Travel Industry Summit, she stressed social justice is a matter the entire travel industry needs to rally around.

"We are in an industry that connects people in a way that no other industry does. Our ships take people all over the world, our travel advisors send people all over the world, and it's all with the express purpose of experiencing other people and other cultures. If any industry should rally around diversity and inclusion, it's this industry and the world needs it now, more than ever. I would encourage everyone to keep fighting the good fight," Lutoff-Perlo told host Kemi Wells, Director of Business Development at North South Travel.

Lutoff-Perlo started her career at Celebrity in sales and marketing, where female participation is comparatively high, but it wasn't until she came onto the operational side in 2005 that she "realized there was a significant gender gap and I remember what it felt like being the only woman in the room the vast majority of the time."

"I knew I had a great opportunity that I couldn't squander," Lutoff-Perlo said. "I felt a responsibility and obligation to ensure that others came along with me and worked very hard to make that happen."


Under her leadership, Celebrity appointed Captain Kate McCue to command the 2,158-pax Summit in 2015, making McCue the first American woman (and fifth woman overall) to command a mega cruise ship. When Celebrity launched Edge in 2018, also helmed by McCue, almost 40% of the guest-facing crew were women when, according to Lutoff-Perlo, the industry average is about 20%.


Overall, Celebrity expanded its bridge team
from consisting of 3% women to 25% today.
The industry average, Lutoff-Perlo noted, is 2%.


Lutoff-Perlo and her team worked hard for over a year to bring people of colour from Ghana, Africa, to the bridges of ships. For the first time in cruise industry history, female bridge officers became openly recruited from a West African country through a new Celebrity Cadet Program in partnership with the Regional Maritime University. The brand welcomed the first official new crew member from the program in 2017, RMU Cadet Nicholine Tifuh Azirh, who joined the bridge team of Celebrity Equinox.

Overall, Celebrity expanded its bridge team from consisting of 3% women to 25% today. The industry average, Lutoff-Perlo noted, is 2%. Celebrity also pioneered a special voyage on International Women's Day in 2020 where all bridge and leadership positions were "manned" by women.

Lutoff-Perlo stressed none of this could have been achieved without the support and commitment of the entire RCG team. Captain Patrik Dahlgren, SVP of Global Marine Operations, for example, spearheaded the Celebrity Cadet Program, and the commitment to a diverse and inclusive workforce goes up the chain of command to Richard Fain, Chairman and CEO of parent company, Royal Caribbean Group (RCG) which, in 2019, was named one of America's Best Employers for Diversity by Forbes.

"Our quest for diversity and inclusion transcends gender, colour, religion, sexual orientation. We work very hard to ensure that we provide opportunity for everyone," said Lutoff-Perlo, who has been with the RCG brand for 35 years.

"I didn't do it alone. I did it with an amazing group of people who shared the same interest and commitment as I did, and most of them are men."

Despite the progress being made on diversity and inclusion at Celebrity and the wider Royal Caribbean Group, "our work is not done," stressed Lutoff-Perlo.

"As far as you think you've gone, you realize through conversations that you still have a little ways to go. We're always looking at how we can do this better and be better and make people feel empowered included and like their voices are heard. We can all make a difference once step at a time,” she said.