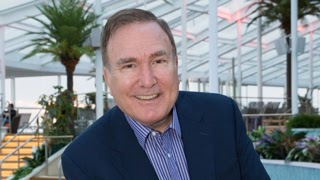 Those numbers are staggering, but Royal Caribbean execs point to a number of optimistic signs that suggest a positive recovery from the coronavirus pandemic.

“Some of the things we thought [were] going to happen aren’t happening. They’re better than we thought,” Royal Caribbean CEO Richard Fain said in an interview with CNBC.

Fain said he was surprised to see older consumers are showing a strong appetite for booking cruises, a divergence from the company’s assumption this age group would be more hesitant to return.

According to Cruise Critic, Royal Caribbean CFO Michael Bayley attributed the strong booking trend from passengers over the age of 65 to the increased prevalence of vaccinations against COVID-19. 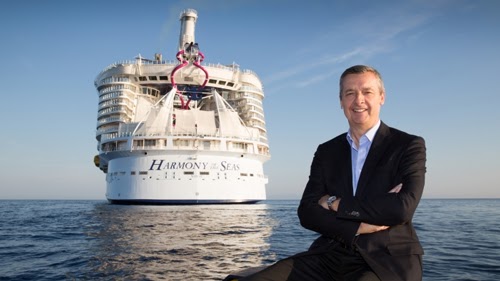 Harmony of the Seas.

"We've seen after we came out of the holidays is a proportional increase in the number of guests booking who were 65 plus, and that has continued to increase," Bayley said. "Our belief is people 65-plus are getting vaccinated, and we're seeing that very much in our bookings from January forward.”

The uplift among this age demographic holds true across all of Royal Caribbean’s brands, including RCI, Celebrity and Silversea.

"We're seeing there's a pretty strong relationship between booking volumes and vaccines," Chief Financial Officer Jason Liberty told investors. "On the other side of it, it's also building confidence that we're getting to the other side of this (pandemic) and that travel should be here sooner rather than later."

Bayley further noted that 98 per cent of Royal Caribbean's crewmembers have stated their willingness to be vaccinated, while approximately 4,000 have already been inoculated.

Fain also addressed vaccines and safe plans for a return-to-cruise. Cruise Week quoted him telling financial analysts, "We have to recognize that the Healthy Sail Panel's recommendations were intended to address a pre-vaccine environment.

"A lot has occurred in the last four months since their report was submitted, not the least of which is that we're regularly vaccinating over 1.5 million people a day here in the United States, and many elsewhere as well."

He’s reported as saying the success of vaccination programs “will be used to inform and advance Royal's dialogue with governments around the world, including the CDC.

Fain also noted that the cruise giant is seeing an uptick in new-to-cruise customers. This is unexpected, given that the line has virtually stopped all marketing activities targeting new cruises.

“We thought almost everybody was going to be an experienced cruiser because they’re the ones who understood cruising and were anxious to come back. Yet, in our Singapore operation, 80 per cent of our guests have been first-timers. So we’re getting a lot of surprising data as things come out, and it’s mostly positive,” said Fain.

Overall early booking trends are holding for 2021 and 2022, with prices higher, on average, than in 2019, Cruise Critic reports.

During Royal’s Q4 earnings call, execs noted almost 75 per cent of all bookings are "new" -- that is, not related to the redemption of FCCs.

For 2022, bookings are within historic ranges for the first half of next year, at higher prices.

"Most of our deployment is open for the first half of 2022," Liberty said. "Historically, we don't really talk about 2022 this early but what we see is a lot of pent-up demand for vacations. [Consumers] have bypassed many of their vacations, they're trying to eye out when we're going to return to service and they're looking to enjoy the vacation they've previously planned."