Sheehan Out, Del Rio In As President & CEO Of NCLH 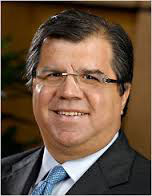 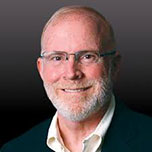 In a surprise development, Frank Del Rio has been named President & CEO of Norwegian Cruise Line Holdings. He replaces Kevin Sheehan who, according to a statement has "decided to leave the company."

Del Rio has been the Chief Executive Officer of Prestige Cruises International, acquired by Norwegian in November 2014. He was the founder of Oceania and has established a reputation of supporting the retail trade in growing his business.

Given the change of ownership, some Industry observers expected Del Rio might choose to retire in a few years. Instead there was Del Rio’s surprise announcement: "I am excited to begin this new chapter in my long career in the cruise industry.”

For his part, Sheehan said: "It has been a privilege to lead Norwegian over the last 7 years. I am proud of what we have accomplished and take comfort in the knowledge that I am leaving the company much healthier and stronger than when I joined. With the company set for success, I hand the baton off to Frank, a proven leader in the cruise industry.”

Steve Martinez, member of Norwegian's board of directors, said: "Frank Del Rio has established himself as a leader and innovator in our industry. Norwegian is poised for continued growth and we are delighted to have Frank lead our team during the next phase of the company's evolution.”

Martinez thanked Sheehan for his service. “Kevin has built Norwegian into the highly successful company it is today - a company that has reported 25 consecutive quarters of growth in trailing 12 month adjusted EBITDA coupled with consistent margin improvement. Most recently, Kevin was integral to the Prestige acquisition, assembling a diversified portfolio of brands that spans all market segments in the cruise industry, which we believe puts the company in a strong position for the future."