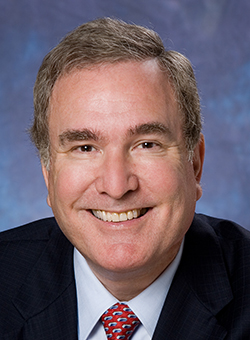 With the 1st month of Wave drawing to a close, Royal Caribbean has provided the industry's first official assessment of bookings for the period that most defines the year.

During a 4th quarter earnings call yesterday, Chairman & CEO Richard Fain reported the good news that 2014 was a record year for the company. That said, there are challenges as the 1st month of Wave Season comes to an end.

"The year ended on a slightly schizophrenic note," said Fain. "On the one hand, forward bookings were robust and we entered 2014 in the best booked status in our company's history. Starting the year with fewer berths to fill really helps us raise our yields as the year progresses."

On the other hand, he said close in bookings in the 4th quarter were more sluggish than expected. "The culprit continues to be a stubbornly challenging Caribbean and the dynamics which are driving that situation carry on in the 1st quarter."

Looking to '15, Fain said: "While it's still early in the wave overall we're encouraged by what we see... what we have seen is a good, solid and typical start to the Wave Period."

However, 2015 remains a tale of 2 periods. "The 1st period is the 1st quarter which as we have said before continues to struggle," said Fain. "This is the tail-end of the period with large capacity additions in the Caribbean and also has the fallout of the 2014 Caribbean malaise. But the last 9 months of the year are a very different story. Once we lap the 1st quarter, yields on all products are expected to be up in the mid-single digits."

Fain's general comments were upbeat, but even so, Royal's stock was off sharply in early morning trading.