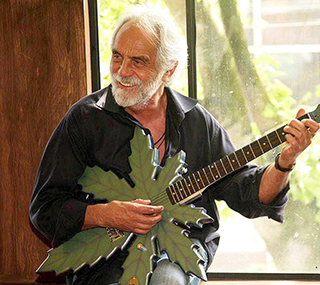 Dude – talk about playing to type.

Canada’s most famous stoner, comedian and actor Tommy Chong, didn’t make it back home for the day cannabis was legalized -- because he couldn’t find his passport.

The 80-year-old, who starred in the famous reefer comedy Up In Smoke in 1972 and now lives in California, was supposed to appear at an event in Kelowna yesterday but discovered while packing that he has mislaid his travel documents.

“We’re trying. Right now, I’m stuck here. I lost my passport, so we’re going through the dance of a celebrity trying to get a passport fast,” he told the Toronto Star.

Chong became one of the most well-known marijuana advocates along with his comedy partner, Cheech Marin, during the heydey of the stoner era in the 1970s.

The duo released a string of comedy music albums as well as films like Up In Smoke, which follows the drugged-up pair trying to haplessly evade the cops on a long road trip from California to Mexico and back.

Canada became only the second country in the world to fully legalize recreational cannabis use on Wednesday – Uruguay is the other.

“It was inevitable, because weed is such a positive medicine for the planet,” Chong said. “The biggest thing is the change in attitude around it. There was a time where if you went to a cocktail party, and if I wore a weed T-shirt, it was like ‘who invited this guy?’”

It was worse than that for Chong. In 2003 he was caught up in an U.S. federal crackdown against people selling bongs and other drug paraphernalia over the internet and spent nine months in prison – sharing a cell with the ‘Wolf of Wall Street’ Jordan Belfort.