I’m A Travel Professional: What Do I Know? 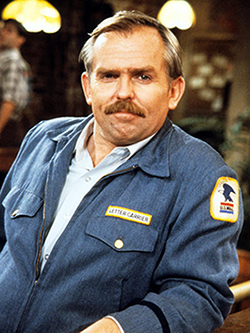 Long before I foolishly lost a bet and bought into this industry of ours, I truly knew it all, as my wife's nickname for me ever so frequently reminded me.

When it came to battles of wit and trivial knowledge in multiple genres I was the gold medal recipient amongst my cronies. I’d heard myself compared to Cliff Clavin from the old TV series Cheers, a very nice compliment. I’m sure it was a compliment.

It wasn't until I'd become firmly entrenched in the industry that realized I wasn’t alone. Armed with questionable facts gleaned from dubious web sources, there are more than a few folks out there who are far more brilliant than we humble agents.

One of these graced our travel practice’s presence a number of weeks back. For the purpose of the story we’ll call them Mr. and Mrs. Cliff.

Mrs. Cliff first visited on her own, asking about the cost of a particular journey. And what a journey: objects in mirror are frequently far more complex that they appear.

Seems that hubby and a friend had located a motorcycle rental in Chile that would allow them to fulfill some hitherto unknown fantasy of recreating a Che Guevara journey across South America.

Cliff’s wise spouse wanted no part of this and while Easy Rider and tag-along were thundering up and down the road, she would spend time with acquaintances in Paraguay. At that point I suggested she and Cliff come in together for a logistics review.

About three weeks later Cliff and the Mrs. popped in. They'd discussed the plan and wanted to proceed. Out of curiosity, I ask Cliff as to who would be escorting the tour.

"No-one, we'll wing it," said Cliff, despite never having set foot in South America and speaking neither Spanish nor Portuguese. "Book us both into Asuncion on Christmas Eve, me into Santiago on New Year's Eve and each of us back home on the following dates."

Staff in the far corner of the office could hear the rolling of Mrs. C's eyeballs.

After lengthy discussion surrounding the no change/no refund particulars of the transaction, the button was hit and the tickets issued.

Fast forward 2 weeks: Cliff pops in for a visit. "Need to change the itinerary."

After a brief review of the no change issue, it's revealed that the acquaintances in Paraguay actually live about 500 km from Asuncion.

"There must be a number of daily flights between Asuncion and where we need to be?" Cliff insisted. I told him I "hoped" one day there'd be scheduled airlines service between the city pairs and "promised" that when that day came I'd be in a position to issue a ticket. Until then a six-hour drive was pretty much the only option.

Undeterred, Cliff scoured the internet for a solution and last week called to tell me he'd booked a flight with relative ease. Applying my best W-5 investigative skills I found that the airline is question, formed on 10OCT 2018 and armed with a pair of 35-year-old regional jets, had "applied" for regulatory authority to operate said route.

As experienced agents know, ‘Applied For’ and ‘We In Fact Operate’ are two distinctly different animals.

Handing over their international tickets secured through our office, I wished them well.

When asked "What do we do if things come unglued?" I resisted the urge to quote 'not my circus, not my monkey' and suggested their acquaintances line up a standby driver service "just in case."

Then again – I’m a travel professional, what do I know?