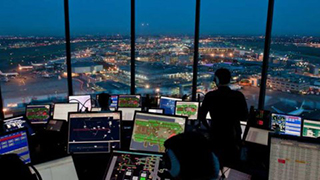 An air traffic controller working alone at night in the tower at LAS caused confusion for pilots in the air and on the ground when they were unable to make sense of what she was saying.

They said her speech was slurred and incoherent. She also reportedly lost consciousness for a time.

No safety incidents were reported, according to the U.S. air safety authority FAA, but it acknowledged it was a serious incident that will be fully investigated. It has also introduced new rules to forbid single staffing in air traffic control towers before midnight.

The unnamed air traffic controller is now on leave pending the investigation.

During the 40-minute incident, five aircraft stayed airborne and aircraft taxiing on the ground either held their positions or communicated cockpit-to-cockpit to ensure safe movement, said the FAA.

FAA spokesman Ian Gregor added: "The FAA now requires two controllers to be in the tower cab working traffic until a certain time based on shift periods and traffic levels. Facilities will not combine to one position prior to midnight or 90 minutes after the start of the shift, whichever is later."