Paris To Shanghai – With A 3-Day Unplanned Stopover In Siberia 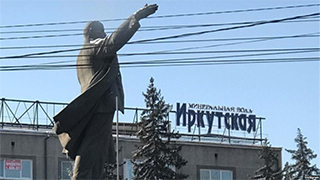 When passengers for Air France flight AF116 boarded their aircraft in Paris last Saturday night, they expected to land in Shanghai on Sunday evening after an 11-hour journey.

Instead, for three days, more than 200 passengers became stuck in a remote town in Siberia, where overnight temperatures plunged to nearly -20 degrees Celsius.

The original Boeing 777-300ER plane was diverted to Irkutsk on Sunday after experiencing "a technical problem," Air France said in a statement.

The plane landed safely after reporting smoke in the cabin and no one was hurt, Russian news agency Sputnik cited a local airport official as saying.

After realizing repairs couldn't be done quickly enough on the ground, the airline sent a second B777 from Paris to the Russian city to pick up the stranded passengers.

But that plane broke down as well upon arriving at the Irkutsk airport, according to the statement, forcing the French flag carrier to send a third B777 to Siberia.

Posting on Weibo, a Twitter-like platform in China, one Chinese passenger complained about the chaos after the unscheduled landing -- including two lengthy waits for hotel rooms, while lacking access to both their luggage and passports, which were withheld by local officials.

"I'd like to ask Air France: Don't you perform regular maintenance on your aircraft? Why are they experiencing such a high rate of mechanical problems?" wrote the passenger. "Can you just waste your customers' time and energy like that?"

The first two aircraft had been in service for more than 14 years, and the third one joined the Air France fleet nearly a decade ago.

The twin-engine, widebody B777s are the workhorses of many airlines around the world. The three Air France B777-300ERs involved seat up to 318 passengers.

The third and final aircraft finally made it to Shanghai on Wednesday afternoon with the unlucky fliers on board.

Air France expressed regret over the "exceptional situation" – which it clearly was -- and apologized to the passengers in its statement, stressing safety was its top priority.

It added that its team in Russia worked with local authorities to accommodate the affected customers, who would be contacted for "suitable" compensation.