Hurtigruten To Use Dead Fish To Power Green Cruise Ships 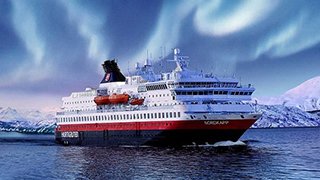 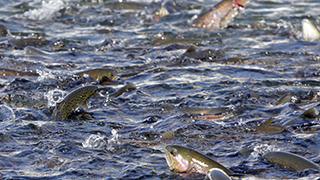 Dead fish and other organic waste will soon be used to power Hurtigruten’s fleet of green cruise ships.

With a growing fleet of 17 ships, Hurtigruten is the world’s largest expedition cruise line. The company has invested heavily in green technology, such as battery solutions.

The next step is to power cruise ships with liquified biogas (LBG) – fossil-free, renewable gas produced from dead fish and other organic waste.

Renewable biogas is a clean source of energy, considered the eco-friendliest fuel currently available, according to the cruise line. Biogas is already used as fuel in small parts of the transport sector, especially in buses.

Hurtigruten says Northern Europe and Norway, which have large fishery and forestry sectors that produce a steady volume of organic waste, have a unique opportunity to become world leader in biogas production.

After celebrating the line's 125-year anniversary by being the first cruise line to ban single-use plastic, 2019 will mark two green milestones for Hurtigruten:

In addition to liquified natural gas (LNG), these ships will also be the first cruise ships in the world to run on liquified biogas (LBG).

There are more than 300 cruise ships in the world, many of them running on cheap, polluting heavy fuel oil (HFO). Hurtigruten says that according to NGOs, the daily emissions from one single mega cruise ship can be equivalent to one million cars.