LOT Passes Hat To Pax For Cash To Pay For Repairs 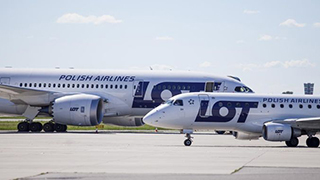 We all know there’s a plethora of airline fees these days, but passengers could be forgiven for being surprised when they are asked to empty their pockets for repairs before they can take off.

In Beijing, a LOT Polish Airlines plane needed a new pump to fly to Warsaw, and the flight turned to the 249 people on the plane to help finance it, according to Metro. The effort reportedly raked in about $460, and the flight resumed after a 10-hour delay.

“We are at the international airport. I cannot believe that transactions take place here in cash under the table with the mechanic standing next to the plane,” said Daniel Golebiowski, who was on the flight. “Incredible,” he added.

Adrian Kubicki, a spokesperson for the airline, apologized “from the bottom of my heart” to the people on the plane once it landed earlier in November, according to the Daily Mail.

“The representative of LOT should have both cash and credit card with him,” Kubicki stated, according to Aerotime. “The company provides them with funds to solve similar situations. There are no circumstances that justify asking money from passengers.”

The airline reportedly refunded passengers who contributed and had plans to punish the employee who requested the donations.

“Some passengers were solicited by a representative of the LOT,” a passenger told Poland’s TVN24, according to Aerotime. “It was finally possible to collect the necessary amount. It was refunded to the four passenger lenders upon arrival in Warsaw, still on the plane.”