Some Airlines Are Taking Revenge For Online Criticism 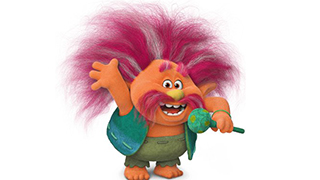 Send in the trolls.

You might want to be careful what you post online about airlines. Some of them are getting quite snippy about criticism.

Take Aeroflot, Russia’s national carrier, as one example. The airline recently introduced a rule that clients can be stripped of their bonus miles for online comments. “People who are insulting on social media should understand they have to be held accountable,” CEO Vitaly Savelyev said when asked about the decision.

It is somewhat personal for the Aeroflot CEO. When the head of a well-known charity criticized him on Twitter recently, the company responded by cancelling his platinum miles card.

Social media is of big importance to Aeroflot and other carriers. Observers say Aeroflot’s annual budget to promote positive coverage in the media and on social media is no less than $15 million and the company recently spent $1 million on a system to monitor social media.

Some could argue that social media has actually helped improve airline customer service by improving real-time response. But Aeroflot is not the only carrier to be a little touchy about how it is portrayed by pax.

A frequent flyer says he was recently bullied by Malaysia Airlines crew mid-air after he slammed the “horror” flight in an online review posted during the journey.

Josh Cahill, who runs the blog GoTravelYourWay, takes about 150 flights a year. He was only a few hours into Malaysia Airlines flight MH4 from Kuala Lumpur to London when he decided it was a “nightmare” and “the most disappointing flight of the year.”

Taking to his Instagram page, where he has close to 20,000 followers, Cahill wrote: “Very unfriendly crew (where did the amazing Malaysian hospitality go?), broken in-flight entertainment (asked the crew to fix it and they never got back to me) which leaves me 13 hours without entertainment, dreadful food served on a sticky and filthy tray and on top of that I was probably assigned the worst seat on that plane.”

After he posted the mid-flight Instagram post, Cahill claims things went downhill in the cabin. He says he believes someone from the airline saw the post and contacted the captain about it mid-flight.

“After the captain was informed mid-flight by the (airline’s headquarters) about my post they asked me why I would post and complain,” Cahill told news.com.au.

“They started ignoring me then, wouldn’t offer me any water when the crew came around. They then told me I should stop filming or I won’t get served anymore.”