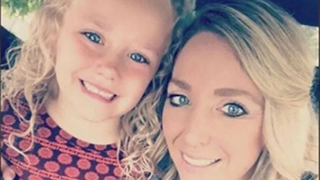 A woman says a Southwest Airlines agent in Southern California mocked her 5-year-old daughter’s name when they were preparing to board a flight home to Texas.

KABC-TV reported late Wednesday that Traci Redford accused a gate agent at Orange County’s John Wayne Airport of laughing at her daughter Abcde’s name and posting a photo of her boarding pass on social media.

Yes, the girl’s name is spelled with the first five letters of the alphabet and is pronounced “AHB-sih-dee.”

Redford says the family was pre-boarding because her daughter has epilepsy.

She says she asked the agent to stop and that someone saw the social media post and notified Southwest.

Southwest issued a statement apologizing to the family and the airline says it has followed up with the employee.

Clearly, no child should be shamed for a name they had no control over choosing.

That said, Twitter users did take some witty pokes at the parent(s) who may have given their child a head-start at learning the alphabet – but also a lifetime of embarrassment.

One user wrote: “Her second child, Elemenopy, was not onboard the flight.”

Another said: “My son Xbox would comment but he's too busy playing....Xbox.”

One more amusing element to this story: Associated Press initially spelled the 5-year-old’s name wrong and had to issue this correction:

“This version corrects that the girl’s name is Abcde, not Abdce.”