Just In Time For Christmas, Qantas Puts On Its Grinch Hat 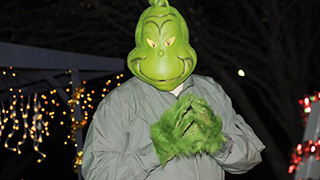 There is not much Christmas cheer for Qantas from the Australian public or its staff after the airline was slammed for being a Grinch.

The airline sent a communication to head office staff seeking 'volunteers' to man front-line positions during the busy holiday period. The move sparked a spate of disparaging social media posts from customers and anger from unions.

Last time we checked, Qantas was not a non-profit organization -- the airline which almost earned US$1 billion last year and paid CEO Alan Joyce $25 million.

The leaked memo said: "We are trialling a new volunteer program for our campus-based people to lend a hand to the front line."

Qantas defended the move, saying “it is not about cutting costs, this is about spreading a bit of Christmas cheer.”

The Australian Services Union saw it a different way, describing it as a “shocking display of corporate greed.”