‘Sonic Attacks’ In Cuba May Have Been Caused By Crickets 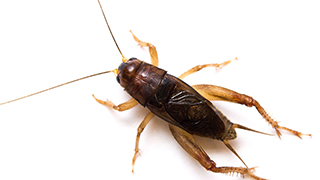 By jiminy! The ‘sonic attacks’ reported by a number of U.S. diplomats and their families in Cuba may have been caused by crickets. Not communist crickets. Not secret police crickets. Just Caribbean crickets.

American diplomats reported hearing bizarre noises in 2016 and 2017, and experienced a range of symptoms including dizziness, vertigo, pain and ringing in the ears.

U.S. Department of State officials feared they might have fallen victim to an "acoustic attack" by sonic devices – going as far as issuing travel warnings about Havana.

In October 2017, the Associated Press obtained and released the first publicly reported audio sample said to be related to the incidents. But U.S. officials have been unable to definitively identify the source or cause of the symptoms, and Cuban officials have vehemently denied any attack.

Now, after analyzing the recording, scientists say the source of the piercing noise said to be a "sonic attack" – described by the diplomats as "buzzing," "grinding metal" and "piercing squeals" -- could be an echoing call of a cricket. Specifically, the Indies short-tailed cricket, Anurogryllus celerinictus.

In new research, a British and an American scientist said the cricket's chirps matched "in nuanced detail, the AP recording in duration, pulse repetition rate, power spectrum, pulse rate stability, and oscillations per pulse." The research has not been peer-reviewed.

Although the sound on the AP recording comes from a Caribbean cricket, the scientists did not rule out "the possibility that embassy personnel were victims of another form of attack." Nor does it rule out that the diplomats' symptoms were psychosomatic, adding that their health problems were beyond the paper's scope.

A State Department spokesperson told CNN that "a U.S. government interagency investigation, involving medical, scientific, and technical experts across the U.S. government and academia, is ongoing to determine the source and cause of these events."