Excuse Me Sir: Why Is The Bulge In Your Pants Meowing? 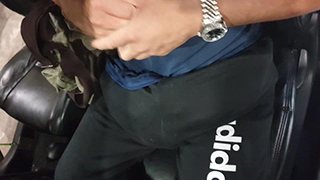 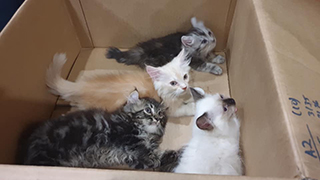 The reasons for the suspicious bulge.

Authorities in Singapore caught a man smuggling kittens in his pants as he tried to cross into Singapore at a land crossing from Malaysia.

The Immigration and Checkpoints Authority in Singapore said that on 2JAN an officer noticed a “suspicious bulge” in the pants of a man trying to enter the country. Upon closer inspection, said bulge appeared to be “meowing.” Further investigation revealed that not one but four kittens were being smuggled in the man’s pants.

“Trying to get past fur-midable officers? Impawsible,” the post stated.

The kittens were taken from the Singaporean man, 45, and put into the care of the Agri-Food & Veterinary Authority of Singapore.

In the Facebook post, authorities warned that animals with “unknown health status” could introduce diseases such as rabies to their environment. According to the country’s Animals and Birds Act, people importing animals illegally could face both a maximum fine of $10,000 and up to a year in jail.